Black Twitter heard Halle Bailey as Ariel in ‘The Little Mermaid,’ and it luvs her!

Disney’s reimagining of "The Little Mermaid" will feature beloved songs from the original animated classic.

Black Twitter is over the moon about Disney’s first look teaser trailer for the live-action remake of “The Little Mermaid” starring Halle Bailey.

Bailey joined acclaimed director Rob Marshall at Disney’s D23 Expo Friday where they shared the teaser of Bailey with her rippling red locs as the mermaid Ariel. The clip shows the actress and singer swimming through a shipwreck before breaking out into one of the movie’s classics, “Part of Your World.”

Bailey’s character swims for the majority of the clip, and she sings for only 26 seconds. Brevity aside, all Black Twitter needed was that run.

One post read: “Did y’all hear Halle sing that “beeeeeeEeEeEeEe”?! Carry me out the theater.”

The trailer played during The Walt Disney Studios’ expo at the Anaheim Convention Center in which the studio presented an exciting slate of upcoming titles during the weekend. Thousands of fans gathered in Hall D23 to hear big announcements and watch sneak peeks from Disney Live Action, Pixar and Walt Disney Animation Studios.

“I’m sure all of you in here can relate to Ariel and how special she is to all of us,”  Bailey told the audience during “The Little Mermaid” presentation. “Being a little girl swimming in the pool, imagining I’m a mermaid, I never thought one day I could actually see that come to life.” 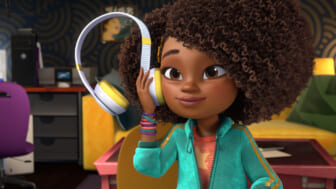 The “Part of Your World” sequence took three days to shoot, Bailey said.

“That sequence was the most beautiful experience of my life, really,” she shared. “Feeling all of the feelings that she feels. Her passion. Her discomfort….Just getting to sing a song I’ve loved ever since I was a child was really exciting.”

Disney fans on social media are just as excited that this reimagining of “The Little Mermaid” stars a Black woman. When the studio announced Bailey’s casting in 2019, racist backlash followed. Many critics couldn’t wrap their heads around a Black mermaid, and they have expressed outrage on social media over Bailey’s involvement with the project.

Jodi Benson voiced Ariel in the original animated film, and during her appearance at the 2019 Florida Supercon, she defended Bailey and urged fans to look beyond race.

“The most important thing is to tell the story. And we have, as a family, we have raised our children, and for ourselves, that we don’t see anything that’s different on the outside,” Benson said, comicbook.com reported.

Black Twitter is drowning out the negative criticism with an outpouring of love and support for Bailey as Ariel. One user wrote, “My generation had Brandy as Cinderella. This generation has Halle as The Little Mermaid.  Black girls just do it better.”

Another said, “I done watched that little mermaid trailer 50 times like it’s getting bad. I want my old life back.”

A third added, “The Black community needs to show up for this movie exactly the way we did for Black Panther. Halle Bailey is about to hit this role out of the PARK.” 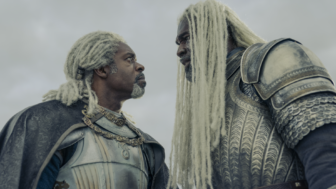 One commenter tweeted, “We gotta pull up to the theatre for “The Little Mermaid” like we did Black Panther. Lemme order my 32 inch strawberry red locs.”

As reported previously by theGrio, Marshall will direct Disney’s reimagining of “The Little Mermaid” with John DeLuca, Marc Platt and Lin-Manuel Miranda co-producing. The film will feature beloved songs from the original animated classic by Alan Menken and Howard Ashman, as well as new songs with music from Menken and lyrics by Miranda.