According to the FDA, "Even if you don’t eat the chicken, inhaling the medication’s vapors while cooking could cause high levels of the drugs to enter your body.”

There are reportedly one billion monthly active users on TikTok, and many of them follow trends that are popular on the social media platform. However, the U.S. Food and Drug Administration is cautioning against one recent trend: Cooking your chicken in NyQuil.

According to Newsweek, the FDA has warned the public about the risks of boiling chicken — or any other food — in NyQuil or another cough and cold medication in response to the now-viral “Sleepy Chicken.” Following such a trend could be extremely dangerous, the FDA said in a consumer update titled “Recipe for Danger: Social Media Challenges Involving Medicines.”

“The challenge sounds silly and unappetizing — and it is. But it could also be very unsafe,” the FDA said in the update shared on its website. “Boiling a medication can make it much more concentrated and change its properties in other ways. Even if you don’t eat the chicken, inhaling the medication’s vapors while cooking could cause high levels of the drugs to enter your body.”

The FDA said cooking chicken in the medication could harm your lungs. Someone could also consume a dangerously high dosage without even realizing it, which is why it’s important to use medication exactly as directed — regardless of any social media challenge.

“Social media trends and peer pressure can be a dangerous combination to your children and their friends, especially when involving misusing medicines,” the update began. 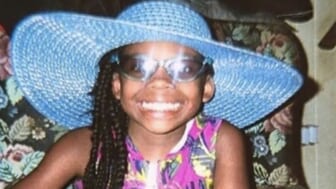 “Do not exceed 4 doses per 24 hours,” reads the official website for NyQuil, advising takers only consume the medicine from the provided plastic dosage cup. “Adults and children 12 years and over take 30 mL every 6 hours.”

This is not the first time the FDA has issued a warning of this nature. Newsweek noted that the FDA warned in 2020 against taking allergy medications containing diphenhydramine to induce hallucinations.

Trends such as these are even more dangerous because they involve nonprescription — or over-the-counter — medications, which are easily accessible to children because they can be found around the home.

To avoid accidental overdoses, parents are advised to keep both over-the-counter and prescription medications out of the reach of children, as well as discuss the risks of misusing drugs. Parents should also seek medical attention immediately if a child overdoses on medication or exhibits symptoms of drug abuse, such as hallucinations, the inability to be awakened, seizures, or difficulty breathing.