The two comedians were initially accused of sexual battery, sexual harassment and sexual abuse of a minor for making a sister and brother simulate sexual situations for video sketches when they were underage.

Tiffany Haddish and Aries Spears no longer face a lawsuit alleging sexual abuse. The plaintiff has dropped the suit.

Choosing to identify as Jane Doe, the plaintiff filed a lawsuit against Haddish and Spears earlier this month, accusing them of sexual battery, sexual harassment and sexual abuse of a minor. Jane Doe, 22, initially stated that years ago Haddish “groomed and molested” her and her younger brother, John Doe, 15. The two claimed they were abused after appearing in inappropriate sketches with Spears while they were underage.

Jane Doe went before a judge and requested that the case be “dismissed with prejudice,” according to TMZ. The ruling prohibits her and John Doe from suing Haddish and Spears again over the same allegations.

“My family and I have known Tiffany Haddish for many years — and we now know that she would never harm me or my brother or help anyone else do anything that could harm us,” Jane Doe said in a statement. “We wish Tiffany the best and are glad that we can all put this behind us.”

TheGrio previously reported that the initial lawsuit stated that Haddish directed Jane Doe and John Doe to simulate oral sex in a video sketch. A separate sketch, the suit claimed, featured an underwear-clad Spears with John Doe that showed the child in underwear sitting in a bathtub. 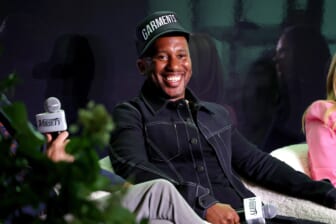 Following news of the lawsuit, footage of the latter sketch was circulated on the internet. Haddish apologized soon after, stating that she regretted participating in it.

The “Girls Trip” star wrote on her Instagram page that “while the sketch was intended to be comedic, it wasn’t funny at all — and I deeply regret having agreed to act in it. I really look forward to being able to share a lot more about this situation as soon as I can.”

For his part, Spears denied any wrongdoing, publicly declaring when news of the lawsuit broke that it was a “shakedown” and a case of “extortion.”