A blues for ‘A Jazzman’s Blues’ 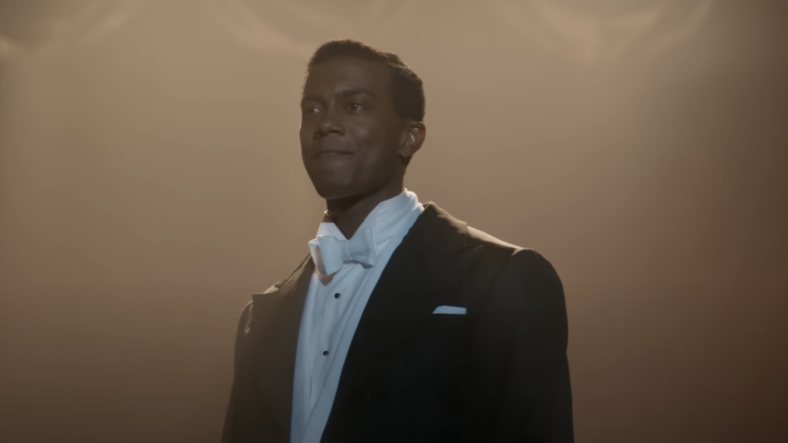 Last Friday, Tyler Perry’s latest film, A Jazzman’s Blues (written, directed and produced by, of course, Tyler Perry), was released on Netflix. The lore behind the film is intriguing; he allegedly wrote either the screenplay or the foundation and premise for the film (I’ve read a few competing stories) over 27 years ago, after sneaking in to see a performance of August Wilson’s Seven Guitars, where he also met Wilson. Admittedly, the trailer for the film is amazing. So much so, that even as a person who has seen nearly all of his films (including all films starring Perry as Madea), I thought that maybe this film could be different than the rest of his catalog, in a better way. 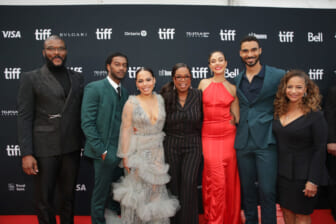 Also Read:
A pontification on the eve of the release of Tyler Perry’s latest film, ‘A Jazzman’s Blues.’ Have I learned nothing?

Let me get this out of the way here; I realize that Tyler Perry doesn’t give one damn about the criticisms leveled against him by a great many of us. Part of me appreciates and respects that. He has literally built his empire his way, on his terms, and with a significant audience in tow. Oh, what are those criticisms? Glad you asked. They include criticisms of gaping plot holes, bad writing and seemingly implausible storylines full of grandstanding moral Christian messaging, while—at times—carelessly handling societal issues and/or heavily casting judgment on members of the Black community. If there’s one thing you can give the man credit for it’s this: His films (even the ones starring white people) are entirely devoid of the white gaze. I don’t think Perry cares one bit about white people ever seeing his films. You know how I know he doesn’t care? He keeps making films with all of the exact same problems; some films just happen to be better than others for various reasons.

A Jazzman’s Blues is one of those films that’s better than others. It’s devoid of the white gaze (the few white people in this movie are all bad people; even the non-white faux white people are, too), has plot holes, bad writing and various Black traumas in spades, (it’s set in the “Deep South” in the 1940s). But it is cinematically gorgeous, has some wonderful dance numbers and has a decent story buried underneath the stuff that just needed some more writers. Perry famously let us know back in 2021 that he wrote all of his own films, something he seemed to post with pride, while most of us were like, “well, duh” since I think most of us who ponder such things think that all of his movies would be better if he, ya know, had additional eyes on his projects.

A Jazzman’s Blues isn’t a bad movie; it’s not good, per se, but it’s not bad. Nobody is in the background eating air like in A Fall from Grace (an actual bad movie saved by the collective group watch and social media ragefest that followed). A Madea Homecoming was a bad movie, as was A Madea Family Funeral and Nobody’s Fool (among others). He’s got bad movies. And to be fair, I think The Family That Preys, Daddy’s Little Girls and Good Deeds were good movies, and (amazingly) Temptation: Confessions of a Marriage Counselor and Acrimony were good bad movies. 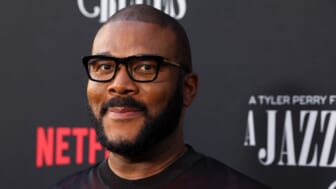 Also Read:
Tyler Perry on release of ‘A Jazzman’s Blues’ after 26 years: It feels like a kid ‘going off to college’

This movie had so much potential; the trailer was not a lie. The problem, as with all of his films, is that the writing leaves so much to be desired and the story requires you to ignore so much common sense that you end up frustrated because that common sense is being taken for granted. Joshua Boone (Bayou) and Solea Pfeiffer (Bucket/Leanne) do a good job with their roles and are clearly good at their jobs. So are Amirah Vann (Bayou’s mama) and Austin Scott (Willie Earl). Milaune Jemai Jackson (Citsy) is also great. The cast is bomb. They literally give it all they have, and I think that creates a very watchable, entertaining film that is about 35 minutes too long.

The movie is about the exceedingly frustrating love story between Bayou and Leanne, who love each other. But Leanne (and her mother) is super light-skinned, apparently enough for the white people in Hopewell County, Ga., (and Boston, who apparently have never seen light-skinned Black women even though it’s the 1940s) to think she’s white. Her mother realizes she’s the key to social and financial mobility and uses her daughter to climb that ladder. Because of Bayou and Leanne’s love, Leanne’s mother basically tries to have Bayou killed, which prompts him to escape to Chicago with his hate-filled, jealous brother Willie Earl and their Jewish manager who escaped Nazi Germany, where Bayou becomes a famous jazz singer. But he never stops loving Leanne and wants to help his mother who lost her business by helping her son escape. Bayou and Leanne stupidly keep trying to play the love game, and I’m sure you can imagine what happens to Black men who play those games with (fake) white women in 1947 Georgia. If you guessed tragedy, pat yourself on the back.

Of course, there’s a “plot twist” that’s telegraphed from the literal beginning of the movie that creates a reflective moment, perhaps? I really don’t know what point that plot twist serves other than to illustrate that Bayou’s mama, in her 70s or 80s, can walk a really long way along railroad tracks with a cane and bad shoes. Like Perry, I’m yadda yadda yadda-ing a lot of the film because lots of it is unnecessary. For instance—trigger warning—there is an incest-rape scene between Leanne and her grandfather that serves zero purpose and wasn’t needed. But Perry doesn’t like to kill you once; he kills you 100 times in his films. Leanne has a bad life, y’all. Trust me.

While I won’t get into all of the specific issues I have with the film—including Perry’s tried-and-true time-lapse-issue-maybe-they-won’t-notice—it’s those issues that make A Jazzman’s Blues a film with good bones—or at least serviceable bones—that doesn’t quite connect as well it could have. At the same time, this might actually be Tyler Perry’s best film to date; it is probably the one with the least number of issues, so to speak. A solid 65 percent of this film works fine, and the remaining 35 percent is just script issues. The performances were good, even enjoyable, and the entertainment included in the movie landed well. And yet…

Should you check out A Jazzman’s Blues? I’d say yes; support Black art. But also, of his films, it’s one of the most beautifully shot and artistically curated. You just have to pretend things that you know good and well aren’t feasible are possible. Just keep in mind, it’s Georgia in the 1940s, and nothing goes well for Black people in Georgia in the 1940s. If you forget that, you might catch that jazzman’s blues.