OPINION: Earn visits his parents and gets caught in all of the family drama.

You know how you can be an adult and go home to your family and end up feeling like a kid again? It’s like you fall back into the role you played in the family when you lived at home? The elders take the primary role in the story, and whatever you’ve accomplished as an adult goes out the window? That vibe pervades “Light Skinned-ed,” the fourth episode of the final season of “Atlanta.”

Earn and Alfred (because I’m sure his family doesn’t call him Paper Boi) interact with their family in a way that makes them seem small. When they plop down on the couch in the studio, they seem like kids in the principal’s office. Throughout the episode, they’re de-emphasized in favor of the chaos of the family drama going on all around them. The drama that happens is wild, and yet it could take place in so many Black families. I mean, don’t tell my mom that I wrote this, but I might know of a Black family where someone might have once kind of stolen/kidnapped the family’s oldest member. But remember, I ain’t said a damn thing.

Once again “Atlanta” has two parallel journeys going on. First, Earn’s dad (Isiah Whitlock Jr., who became famous on “The Wire” as the smooth-talking politician Clay Davis, who had an unforgettable way of saying the word for No. 2) is seeking peace by taking a break from the family and going to the mall, where it’s quiet on Sunday mornings. His schedule is interrupted by capitalism when a saleswoman expertly entices him into shopping for a hat. Meanwhile, Earn’s mom (Myra Lucretia Taylor, who fans of “Law & Order” will recognize) is seeking peace through chaos. She sets out to steal/kidnap her father from her sister. She’s chosen violence. 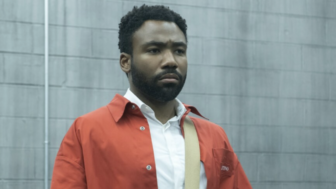 Of course, the star of the episode is the very loud, angry and captivating Aunt Jean (played by Michole Briana White, who played the mother of Big Meech on “BMF” on Hulu (“BMF” is Black Mafia Family, the notorious Detroit drug gang). She thinks she’s the outcast of the family because she’s the lightest one, and, bless her heart, she’s been carrying around that sense of light-skinned left-out-ness for decades. She needs a little therapy.

Aunt Jean’s story seems like an “Atlanta” riff on the tragic mulatto character – that high-yellow person who’s problematic because they don’t fit neatly in the Black community or the white world – that’s existed in film forever. We’ve seen this archetype in the movies “Passing,” “A Soldier’s Story,” “Devil in a Blue Dress” and others. Aunt Jean isn’t exactly a tragic mulatto, but her victimhood makes it seem like she’s a remix of the type. 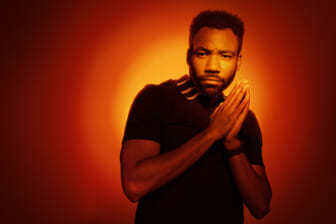 Also Read:
‘Atlanta’ is back and slaying Karens in episodes 1 and 2

Most of the episode concerns intergenerational strife. The sisters and brothers bicker, but the last note of the show is about intergenerational strife. After Dad runs into an obnoxious kid at the mall who embarrasses him, he’s pressed to his limit. When a lookalike at the restaurant won’t bring the family something small, Raleigh (Earn’s dad) flips out, and it’s almost a way of yelling at the whole younger generation for being disrespectful. It’s ironic to see the older generation scolding the younger one after all that questionable behavior from the elders. But this episode is a strange detour into another world, specifically, the world of one family which is both peculiar and a lot like everyone else’s family.

Touré is a host and creative director at theGrio. He is the host of the podcast “Toure Show” and the podcast docuseries “Who Was Prince?” He is also the author of seven books, including the Prince biography “Nothing Compares 2 U.” Look out for his upcoming podcast “Being Black In the 80s.”