The cause of the crash Sunday in Memphis remains under investigation.

“Basketball Wives” star Brooke Bailey announced earlier this week that her daughter Kayla died on Sunday. At the time, her cause of death was unclear but now multiple reports are confirming that the young influencer was killed in a car accident in Memphis.

The crash report that WREG obtained from the Memphis Police Department (MPD) lists Bailey, 25, as a passenger in a blue Mercedes-Benz S550 that was involved in a crash with a tractor-trailer. According to the report, an accident on the road had stalled traffic on I-40 eastbound just west of the Hollywood neighborhood.

Police said the driver of the vehicle, Julius Weaver, 38, was “inattentive” when he struck the back of the trailer that was stopped on the road.  Weaver died at the scene, while Bailey, a local hairstylist, was transported to Regional One Health hospital, where she died.

An MPD statement that  People obtained read in part, “Vehicle # 1, eastbound on I-40, struck with its front, the rear of vehicle # 2 which was stopped in the traffic lane due to crash at that location. The Vehicle #1 driver and passenger were pronounced deceased.”

Hours after the crash, Bailey shared the news of her daughter’s death on Instagram.

“Forever my baby, Pretty Black aka Kayla Nicole Bailey 💜🕊💔 This is not a goodbye,” Bailey wrote alongside a carousel of images of her daughter. “Mommy will see you soon 🙏🏾.” 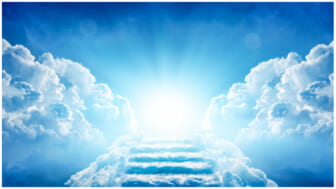 In a separate post on Instagram Story, Bailey also disclosed that she’d “been fasting and praying for days” before her daughter’s death, noting that she thought it was for a reason unrelated to Kayla Bailey.

“It was God preparing me for this moment in my life. Although, I was not prepared,” she said in hindsight. “I am grateful for the 25 years he Blessed me to have HIS child. To love her, to hold her, to teach her, to comfort her. She was my happiness on earth.”

On Wednesday, Brooke returned to Instagram Story yet again to thank fans and celebrity friends for their love and support of her during her grief, People reported. 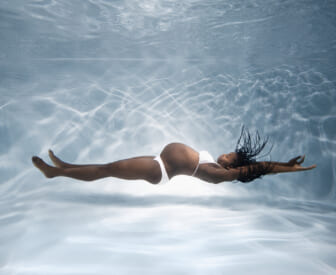 Also Read:
Black women shouldn’t have to almost die and still go back to work

“Thank you for your prayers, kind messages and love during this tragic time,” she wrote. “I wish that I could personally respond to each & everyone of you.”

The cause of the crash is currently under investigation, according to WREG.