The Emmy winner broke the news to his Thursday audience, indicating that he would not be leaving immediately.

“The Daily Show with Trevor Noah” is reaching its end.

During Thursday night’s episode, Noah announced that he plans to leave the Comedy Central news comedy series, but not immediately. He has been the host for seven years.

Before wrapping up Thursday’s show, Noah addressed the studio audience with the news. He started by mentioning that he was reminded by “Daily Show” correspondent Roy Wood Jr. that he recently reached the seventh anniversary of when he took over the nightly program from Jon Stewart.

As he reminisced about his time on the show, he thanked the correspondents and audience members for their support during his tenure. Soon after, he would drop the bombshell.

“I realized that after seven years, my time is up,” Noah said, causing numerous audience members to gasp in surprise. The host then noted that it was a positive decision.

Noah implied that his love for stand-up comedy was a factor in his decision to leave. He stopped touring during the COVID-19 pandemic and realized how much he missed it and all the opportunities it provided him after he was able to do it again.

“I’ve spent two years in my apartment, not on the road,” Noah explained. “Stand-up was done. When I got back out there again, I realized that there’s another part of my life that I want to carry on exploring. I miss learning other languages. I miss going to other countries and putting on shows.” 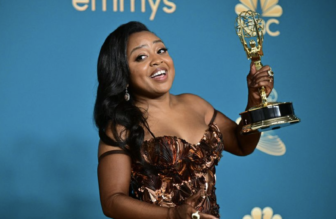 Noah stressed that he would not be leaving right away, indicating that there is no official departure date nor has a replacement been named. “It’s not instant. I’m not disappearing, so don’t worry,” he said. “We’ll figure out the timings and the whens. We’ll still be here for the time being. But all I can say is thank you very much.”