The University of Maryland has renamed a dorm for two African Americans  — Elaine Johnson Coates and Hiram Whittle  — who were among the first to enroll at the school.

A dedication ceremony for Johnson-Whittle Hall, a co-ed residence housing 450 students, was held on Friday.. It is the second dorm dedication within a year in honor of former students.

Coates, 84, was one of seven Black students allowed to live on the campus when she entered UMD in fall 1955. An education major, she was also the College Park, Maryland university’s first African American graduate in 1959.

Whittle, who died in 2021, was the first African American male admitted to UMD in 1951. When the residence hall update was announced in 2020, alongside an additional building renaming after two former Asian students, he expressed in a statement a kind of optimism.

“My hope is that my story will continue to inspire the campus community to move forward and follow their dreams,” he said. 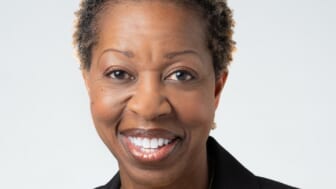 UMD President Darryll Pines said it was a pleasure to be involved in the dorm dedication process, The Washingon Post reported.

“A great privilege of my career is playing a role in honoring Maryland trailblazers, including the time I have spent with Hiram Whittle and Elaine Johnson Coates,” he said. “Now generations of Terps will call Johnson-Whittle Hall their home, and they will be inspired by a story of diverse excellence.”

After Coates graduated from UMD, she served as a social worker and high school teacher for a few years before earning a master’s degree in social work. In 2019, she was the recipient of the Maryland Awards, which is bestowed on exceptional alumni.

“I thought when I walked away in 1959 with my diploma in hand that no one would ever speak my name again,” Coates said of the dorm dedication. “I was surprised but really honored when they contacted me and started asking about my time there.”

Coates, who struggled with prejudice and loneliness on her journey to get her degree, delivered the UMD. 2019 commencement address. She spoke with graduates about the importance of overcoming fear and adversity. Her two children, Tamara Coates-Walker and Jason Coates, are also UMD graduates.

Coates’ granddaughter Paris Walker posted a video tour of the residence hall on TikTok and noted how “proud” she was to be sharing this “groundbreaking” moment with Coates. 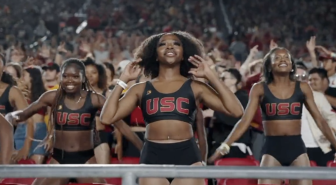 Also Read:
Why are so many Black people bothered by the new Black majorette squad at USC?

Coates praised the university for taking the right steps toward making the campus more diverse and inclusive.

“During the past couple of years, as I’ve been going out for meetings and seeing all the other opportunities for Blacks and other minorities out there, it’s just amazing,” Coates told The Post. “I did not have that support. It was not there.”

Johnson-Whittle Hall and one dedicated last year in honor of two former Asian students will be home to a total of 900 freshmen and sophomores, The Post reported in 2020. They are the first dorms since 1914 to be named for individuals.