From dream to screen, the National Black Movie Association is a nonprofit born of necessity

TheGrio sat down with Agnes Moss, founder of the National Black Movie Association, to discuss building opportunities for burgeoning filmmakers.

Agnes Moss, founder of the National Black Movie Association (NBMA), can recall the seminal moment that led to her wanting to become a storyteller. The year was 1985; Moss was 12 years old, and she had just seen the film adaptation of Alice Walker’s “The Color Purple” in theaters.

In the years that followed, she can also recall how hard it was to pursue the goal of bringing her own stories to the screen without the necessary resources.

“Back then there was no social media. There were very limited opportunities — no platform where you could really produce a film and have your story told. I had heard of Spike Lee and a few others that were able to break through. I just lacked the resources,” says Moss in discussion with theGrio in support of this year’s National Women’s Small Business Month.

Founded in 2019, the National Black Movie Association was established to help find and provide those resources to young Black storytellers and film students. But due to the emergence of the COVID-19 pandemic, the founding of the nonprofit was marked with as much uncertainty as Moss had experienced back in the early ‘90s.

After a failed attempt at journalism led to an unsatisfying career in public relations, Moss made the risky decision to quit her job and plunge headfirst into helping others like her. The North Carolina Central University grad and Washington, D.C. native began by asking herself: What would have made a difference in her career?

“What if there was a program that targeted the Black community, HBCU students, aspiring filmmakers who don’t lack the talent to tell our stories, but they lack the resources?” she recalls wondering. 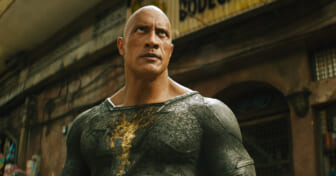 Those questions, which she formulated just as the #OscarsSoWhite campaign was starting to trend on social media in 2015 and 2016, led her to realize what the next chapter in her career needed to be.

Moss spent the next few years planning and hit the ground running in February 2020 with the first National Black Movie Day, which will celebrate its fourth year during Black History Month on Feb. 18, 2023. She then moved forward with her plans for the National Black Movie Association’s first year, coordinating film screenings and a string of other events. Everything was off to a great start until early 2020 when she — like the rest of the world — was greeted with a pandemic that upended every industry, including entertainment.

“I was so sad, I can’t even begin to tell you. I left my job to pursue this full time. I thought I shouldn’t have done it,” Moss says. “For the foreseeable future, we could not determine when we would be able to execute our plan.”

Moss admits that she considered throwing in the towel; instead, she decided to fight through this new level of uncertainty. “We pivoted.”

Unable to move forward with in-person events, Moss adjusted plans and took them online. She dove into spreading awareness about her new association through social media where she was better able to “go with the flow.”.

“We were back to actually executing our plan,” she says.

Though that initial phase was difficult, there were some major wins along the way. She began receiving recognition online from influencers and other organizations; HBCUs began reaching out directly to her for resources and programs. National Black Movie Day hasn’t missed a year since it began — and at the top of her list, she has been able to reward more than $75,000 to Black film students through the association’s Reel HBCU scholarship challenge.

As the world began to open back up, Moss was able to add more of her original planning back to NBMA’s trajectory. Last year, she kicked off the Urban Cinephile Film Club locally in Washington, D.C., and is currently working to expand both that club and more programming to other cities, including Baltimore, Atlanta, Raleigh-Durham, N.C., Houston and Chicago.

For NBMA’s next phase, Moss’ major goal is to build membership. 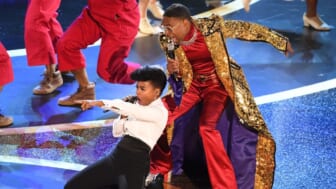 “Phase 2 is building a community [that] loves our stories and can come together through lived experiences. We’re not a monolithic group but we are a community of one,” she asserts.

As her organization continues to expand, Moss wants those who work in the film industry, those who want to help provide resources to young filmmakers and those who are passionate about Black film to come become a part of NBMA. “Please join our mission; we invite everyone even if you’re just a moviegoer,” she says.

She also hopes to expand NBMA services to HBCUs, establish a curriculum and offer professional development services. Educating and professionally developing the next generation of Black filmmakers is as much a part of Moss’ mission as getting the right resources to them — which extends far beyond education on the creative side of the industry. Moss advises Black aspiring filmmakers to become students of all sides of the industry.

“What I mean is not just how you tell your story, but the business of the story,” she says. “Understand that as a creative, you are a business.” 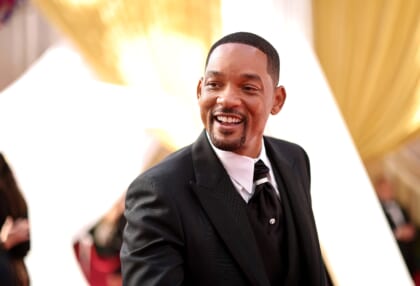 Also Read:
Celebrities showed up at ‘Emancipation’ screening to support Will Smith

What Moss sees far too often among aspiring filmmakers is a creative idea but no business plan. “This is a $10 billion-plus industry, so you know that there’s a business to this. There are strategic incentives that we need to focus on and we need to be clued into” she says. “It’s not just about the next creative idea. It’s really about how can this generate money, how can you monetize what you do?”

The next few months will bring the announcement of the 2022 class of recipients of the Reel HBCU Challenge, which awards $5,000 to student winners. Moss says on the horizon are more events and programming tied to the next National Black Movie Day.

In the meantime, those interested in staying in the know or learning how to get involved or help out with upcoming events and initiatives, can follow NBMA on social media and reach out through the NBMA’s site.

“We seek to not just amplify Black stories on a global level, but to build a community of power and unity as we advance our culture,” she says.