The Emmy-winning actor will play Simon Williams in the forthcoming Disney+ series.

Yahya Abdul-Mateen II is the latest actor to join the Marvel Cinematic Universe (MCU). He has been cast as the lead in the forthcoming Disney+ series, “Wonder Man.”

Abdul-Mateen II will portray the titular character, the superhero alter-ego of Simon Williams, Variety has reported. According to Marvel’s “Wonder Man” comic book, Williams is the son of a wealthy industrialist who started the company, Williams Innovation. The company went out of business because of competition from Stark Industries, the company of fellow industrialist and Avenger Tony Stark aka Iron Man.

Williams receives his superpowers from Baron Zemo out of desperation, initially infiltrating the Avengers to eliminate them, then joining the collective of heroes and eventually founding an extension known as the West Coast Avengers.

“Wonder Man” will be Abdul-Mateen II’s third venture into on-screen comic book adaptations. In 2018, he starred in DC’s “Aquaman” as the villain, Black Manta. In 2019, he won an Emmy Award for his portrayal of Dr. Manhattan in the HBO series, “Watchmen.” He’s confirmed to return as Black Manta in “Aquaman and the Lost Kingdom,” which is scheduled for a December 2023 release.

Ben Kingsley will also star in “Wonder Man.” The Academy Award-winning actor will reprise his role as Trevor Slattery, a character who is featured in two other MCU films: “Iron 3 (2013)” and “Shang-Chi and the Legend of the Ten Rings” (2021). 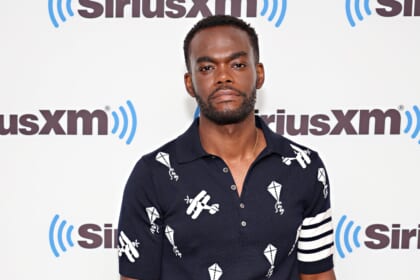 A premiere date for “Wonder Man” has yet to be announced.