Since May, three of the nation’s most prestigious organizations, all led by women of color, have fought a coordinated battle for choice and reproductive rights.

As Election Day approaches, they’re in the home stretch of an effort they hope will deliver an unequivocal message: voters will not let politicians take away a woman’s abortion and reproductive rights.

“I’d like to see historic voter turn out to send a message that we will not stand for our freedoms to be stripped away,” Laphonza Butler, the president of EMILY’s List, told theGrio.

In May, EMILY’s List, along with Planned Parenthood Action Fund and NARAL Pro-Choice America, announced a $150 million effort to help elect pro-choice candidates — “reproductive freedom champions,” as a press release said. The groups said they would use the funds for advertising, polling, PAC contributions, and more.

Ironically and coincidentally, the groups issued their press release on May 2, the day Politico reported a leaked Supreme Court draft opinion overturning a women’s right to an abortion. The court overturned Roe v. Wade in a 6-3 decision on June 24. 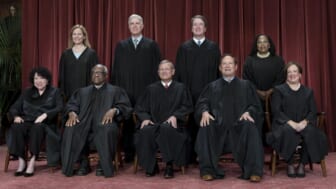 Since then, reproductive rights and choice have become an even more potent political issue among those who see the court’s ruling as a frontal assault on personal freedom. For Black women, advocates say it’s also an assault on their civil rights and overall health.

“We’re making progress in shifting the conversation from being focused on abortion to thinking about the broader range of reproductive care,” Mini Timmaraju, the president of NARAL Pro-Choice America, told theGrio. “We unequivocally defend the right to abortion, regardless of the reason you’re having one. But we also know (abortion is) being used as a way to attack the overall reproductive freedom of Americans.”

Shifting the conversation provides a better tie between abortion and reproductive health and how Black women face more daunting obstacles from restrictive laws.

These women already face a more difficult time getting essential health care. Family planning clinics, in addition to birth control and other services, provide blood pressure checks, basic medical services, flu shots, and more. Shutting clinics under the guise of tamping down on abortions hurts low-income communities of color who don’t have access to other nearby medical facilities.

Then there’s the human cost. Black women are still three times more likely to die from pregnancy-related issues than white women, according to the Centers for Disease Control.

Black women suffer more from pregnancy-related conditions, like the potentially deadly high blood pressure condition preeclampsia. They’re stressed due to the socioeconomic disadvantages they face each day. Structural racism from some caregivers, who don’t always take the needs and concerns of Black pregnant women as seriously, results in substandard care.

In addition to the socioeconomic and health concerns, many new laws can make it difficult, if not illegal, for doctors to discuss all available healthcare options. In Texas, for example, it’s now illegal to “aid or abet” an abortion, and anyone who does can face a civil lawsuit.

Alexis McGill Johnson, the president of the Planned Parenthood Action Fund, called all of the roadblocks “layers of barriers.”

Timmaraju said she “met an oncologist who told me she had a pregnant patient. She couldn’t tell her to terminate her pregnancy. I mean, that’s shocking. Health providers are beginning to get alarmed. They can’t do their job because they now cannot counsel pregnant patients on the full scope of care for them.”

Timmaraju said doctors and hospital administrations now live in a “climate of insecurity and fear.”

She continued: “You layer that on top of a climate of institutional racism and ignorance. That’s a perfect storm. So, the Black community should be deeply concerned about abortion bans.”

The groups have spent the last several months talking to women, and while they hear worry, they also hear resolve. Butler, of EMILY’s List, said, “I’m seeing energy, anger, indignation and determination. People are angry about the insistence that the government be included in some of the hardest, most personal decisions they will make in their lifetimes.”

They also see an understanding that these bans have nothing to do with health. 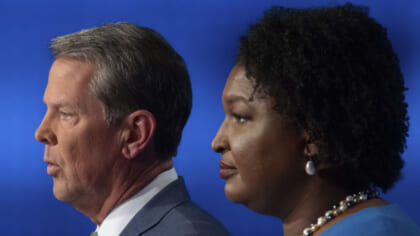 “Politics is at the center of these bans,” Johnson said. “They’re not about healthcare, protecting the life of the mother. They are really about control. And I think what’s been most interesting among women of color, particularly Black women, is how quickly they connect the dots. What does it mean when someone takes away your freedom to control your body? And what it means for your future freedoms in a democracy?”

A recent Pew Research survey showed that 6 in 10 Americans believe abortion should be legal in any or most cases. Moreover, a survey conducted by theGrio/KFF found that 81% of Black voters disapprove of the Supreme Court’s overruling of Roe v. Wade.

Since the court’s 1973 Roe decision, surveys have consistently noted support for a women’s right to choose, which led Planned Parenthood’s Johnson to ask:

“How could it be, if the majority of people support access to abortion in their state and across the country, they can’t have what they want? How is it that we are living in this tyranny of the minority?”