Tanisha Harris left her bank job for lunch in January 2018 and never returned. In August, her former husband, Robert Lee Harris, was convicted of her murder.

A former Kansas City church elder will spend the rest of his life behind bars for killing his wife 18 months after they were married.

According to The Kansas City Star, Robert Lee Harris, 35, was convicted in August of first-degree murder in the 2018 strangling of Tanisha Harris, 38. He was sentenced on Thursday to 50 years in prison without the possibility of parole.

The Harrises both attended a nondenominational south Kansas City church called Repairers Kansas City, where she served as associate minister. She was reported missing on Jan. 8, 2018, when she left her job at a bank for lunch and never returned.

Police first made contact with the spouse as they investigated a report of a domestic disturbance that day at the apartment the couple shared in Overland Park, Kansas. He was found alone when they arrived after a neighbor and apartment manager reported hearing loud noises coming from the residence. Red stains on the carpet and broken glass were reportedly visible to the officers.

Robert Harris called them back to their home hours later, wanting to report his wife missing, 41 Action News noted in 2018. Overland Park Police became suspicious after interviewing him. 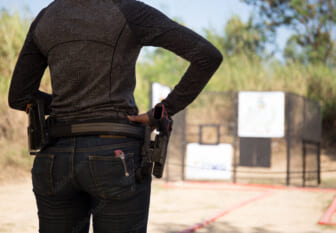 The former church elder eventually acknowledged his involvement in Tanisha Harris’ disappearance and revealed the location of her body, which was later found in a field in Raymore, Missouri, enclosed in a black garbage bag. An autopsy revealed his wife had died by strangling and her body showed other signs of physical trauma.

“They began to correspond and began to have conversations and the embers of romance began to bubble, and so they had a long distance relationship for quite some time,” said Funderburke, according to 41 Action. “He relocated here primarily for her.”

According to The KC Star, authorities allege that Robert Harris spent the morning of his wife’s murder making trips to Walmart, where he purchased a garbage can, plastic bags, carpet cleaner, and a filleting knife. 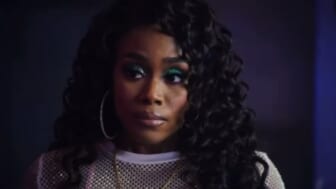 “There’s no way to even wrap your mind around that to even see that would be in realm of the possible,” he said, 41 Action reported. “It doesn’t seem real, it seems like a very bad nightmare.”