Siovaughn Funches-Wade requested that Zaya decide whether she wants to make a name and gender change when she turns 18 — in two and a half years.

Many people have been curious about Zaya Wade’s biological mother’s position on her daughter’s decision to come to terms with her transgender identity. Siovaughn Funches-Wade made it clear this week that, at least for the time being, she opposes Zaya’s “name and gender change.”

As reported by People, Funches-Wade, the ex-wife of Dwyane Wade, filed a petition in Los Angeles County Superior Court on Tuesday objecting to the former NBA star’s August legal filing to change Zaya’s name — which was Zion. Funches-Wade claimed her former husband is “positioned to profit” from the change and that he “may be pressuring” their child.

She’s requesting the court make Zaya, 15, choose for herself when she reaches the “age of majority” in two and a half years, when she’s 18, adding that “the minor child” will probably face media pressure.

“I have concerns that [Dwyane] may be pressuring our child to move forward with the name and gender change in order to capitalize on the financial opportunities that he has received from companies … including but not limited to deals with Disney,” Funches-Wade said in the filing, according to People.

According to her petition, she and Wade had a conversation in April 2022, during which he assured her that he had already profited, and that there was more money to come regarding their child’s name and gender issue.

“[Wade] told me that he intended to make our child very famous due to the name and gender issue and also informed me that there would be endorsements/contracts associated therewith,” said Funches-Wade, People noted. 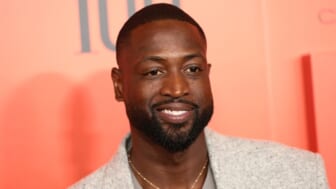 Also Read:
Dwyane Wade says he worries about safety of his transgender daughter when she leaves home

According to Today, early Thursday, Wade responded, expressing regret on Instagram about having to reply to his ex-wife’s allegations there. He posted that he was on a transformative journey in Africa, where he learned about “serious and harmful” social media posts accusing him of coercing Zaya.

Wade spoke in 2020 on “The Ellen DeGeneres Show” about how his daughter came out as transgender at 12, mentioning then that his child had chosen to use the pronouns she/her and go by the name Zaya. He and Gabrielle Union, Zaya’s stepmother, have since shown their unwavering public support for her.

“While none of us are surprised by Siohvaughn’s attempt to fight Zaya’s identity and her unwavering attempt to drag my name through the mud, I’m very disappointed that she continuously find ways of centering herself and HER needs, without regard to her children,”  Wade said via Instagram, Today maintained. “This report came out while Zaya was in class. This is a kid who has maintained a 4.0 GPA in honors classes while navigating all this unsolicited and harmful attention and debates about her gender and sexuality from those who are committed to not listening to her, much less even knowing her.”

Funches-Wade and Wade were married from 2002 to 2010. They also have a 20-year-old son, Zaire, and Wade is the father of two other children: Kaavia, 3, who he shares with Union, and Xavier, 8, with former partner Aja Metoyer.

Wade claimed that over the years he’d given his ex-wife a chance to co-parent and get in touch with Zaya’s teachers, doctors, and therapist, as well as meet her friends to understand their child’s needs for life. However, it appears that she won’t take advantage of the opportunity, Wade noted, according to Today. 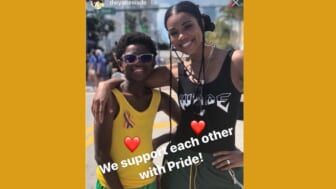 Also Read:
‘Meet Zaya’: Gabrielle Union posts clip of trans daughter discussing the importance of being ‘true to yourself’

Today also reports that the hearing to resolve the former couple’s case will be on Monday, Dec. 12.

“Zaya is not that same 3 year child anymore and she’s screaming that to the world but most importantly to her Mother!” asserted Wade on Instagram. “No one in our house would ever force Zaya or any of our children to do anything against their will, much less force an identity on them. This isn’t a game for my family and definitely not for Zaya. This is her life.”