Is a scarcity mindset holding your career back?

Are you blocking career abundance with a scarcity mindset? Entrepreneur Tara Reed explains how she tackles her own anxiety.

Have you ever caught yourself feeling as if there’s not enough to go around? As if the only way you’re going to come out on top is if you hoard all your resources? Well, my friend, if so, you are nurturing a scarcity mindset — and it could be keeping you from getting what you really want: abundance. 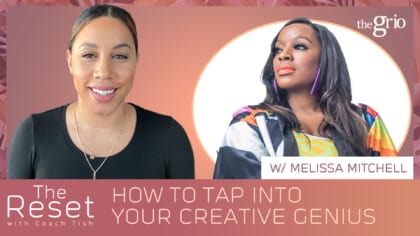 Also Read:
Want to tap into your creative genius? First, believe you are one

Verywellmind.com’s definition of scarcity is: “A pervasive feeling of not having enough—whether that be time, money or connection.” It’s a place Tara Reed, CEO and founder of the multimillion-dollar tech startup Apps Without Code, found herself about a year into running her second business. She’d just made $100,000 in revenue in seven days and yet was worried about getting her nails done because of the cost. That’s when she became aware she had some work to do with her mindset. The root of it, she says, came from the way she was raised.

“I grew up with parents who were just from the generation that they were from, right? They were just much more than ‘we’ve gotta conserve things,’” said Reed. “ You don’t throw anything away. You always gotta save something and be creative about it. And so that’s what they learned for survival. And some of those things are very true, but I think just subconsciously I took on some of those things from my parents and what worked for them.”

Tara’s company, Apps Without Code, has trained over 150,000 entrepreneurs across 14 countries in building their own apps and app-based businesses. Even more noteworthy, 80% of their clients are women and people of color, helping close the tech industry’s gender and minority gap. Reed says the success of her business is a direct result of her work on her mindset.

“So every time I do that work on myself, I get through another milestone. And that milestone has an impact on other people. It’s the growth of my own businesses, it’s the growth of me as a person. So I see it every time I get stuck, I feel like, Oh, I don’t know what to do. And usually using that trigger and doing that work of expanding my scarcity mindset is the thing that takes me to the next level,” she said. 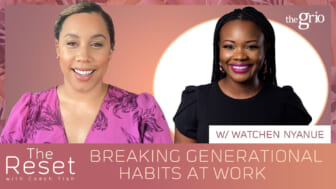 Also Read:
Grandma’s advice may be holding your career back

Reed’s work on herself included hypnotherapy, which she says helped her shift her mindset dramatically. She started to notice a difference when she had less anxiety.

“I’m always working on this. It’s not like ‘check, done, did it.’ I still have work that I do on my scarcity mindset and my relationship with abundance because [there are] levels,’” she said. “And so all the levels are really like a decrease in my anxiety when it comes to money. Scenarios where I would be really anxious before, now I’m just a lot more calm.”

Watch the full conversation between Tara Reed and Coach Letisha Bereola on this week’s episode of ‘The Reset’ above.