Mayor Eric Adams announced the city will partner with the Universal Hip-Hop Museum to launch 50 events and fundraisers in 2023.

Adams spoke about preparations for the yearlong hip-hop celebration during a press conference at City Hall, wearing an Adidas tracksuit a la Run DMC, as captured by CBS News. He spoke about how the city will partner with the Universal Hip-Hop Museum to launch a year’s worth of events and fundraisers in 2023, leading up to the official opening of the UHHM in the Bronx.

“What were saying in ‘Hip-Hop is 50’ is that hip-hop has grown up in a manner that they are not going to be exploited,” Adams said. He went on to say that the city and UHHM are aiming to raise $50 million with the celebration.

“I remember running home, rushing to see ‘Video Music Box,’” Adams told those assembled. “Ralph and I went to high school together. And he had that vision of allowing — when other stations did not want the artists to perform — Ralph McDaniels laid the platform and turned it into a conversation.”

McDaniels shared at the press conference Monday that other New York City museums and libraries are also involved in hip-hop’s anniversary observances next year, pushing its educational aspects. 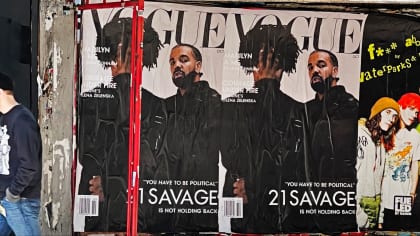 “All educational facilities will be involved in this because I think it’s important,” said McDaniels. “Hip-hop uses the most words out of any genre of music, and I think it’s important that our young people know how to use those words and make them work for them so they can go further. So, just so you know, education is the fifth element of hip-hop, and that will be represented in this celebration as well.”

Along with UHHM President and Chairman Rocky Bucano and some of her fellow hip-hop notables, Roxanne Shante spoke at the press conference Monday, revealing the approach that the city and UHHM would take in programming the year’s events.