The 25-year-old emcee was taken into custody Tuesday in front of Lo-Lo's Chicken & Waffles on suspicion of crimes related to an Oct. 8 shooting.

Rapper Blueface has some significant legal issues after being arrested for attempted murder Tuesday.

According to Yahoo News, the 25-year-old rapper — whose real name is Johnathan Porter — was taken into custody in front of Lo-Lo’s Chicken & Waffles in Las Vegas on suspicion of crimes related to an Oct. 8 shooting.

“He will be booked into the Clark County Detention Center on warrants for attempted murder with a deadly weapon and discharging a firearm at/into an occupied structure,” the Las Vegas Metropolitan Police Department shared in a statement via Twitter.

According to his manager, Wack 100, Blueface was with his girlfriend, Chrisean Rock, at the time of the arrest, Yahoo reported.

Blueface’s relationship with Rock, a fellow rapper, has been described as toxic and unhealthy. A video that emerged in August showed the pair arguing in Los Angeles. Weeks later, the two got into a fight in Arizona, resulting in Rock’s arrest; in another incident, Blueface allegedly punched her father.

In November 2021, a warrant was issued for Blueface and two other men after they were accused of assaulting a bouncer outside a bar in the San Fernando Valley. Police detained him for felony gun possession following a traffic stop in Hollywood earlier this year. 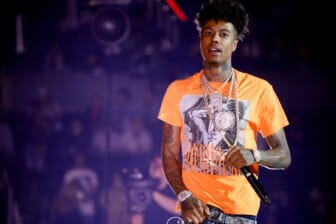 Nevertheless, Rock appears to stand by her man amid the attempted murder investigation. Tuesday afternoon, on Twitter, she wrote, “ugh why gotta take you from me” in response to his arrest.

In addition, Rock tweeted a video of them she claimed was recorded “3 hours before they took you from me,” along with a slew of retweets demonstrating her support.

Daddy dis was 3 hours before they took you from me pic.twitter.com/sGiTGnx1YI 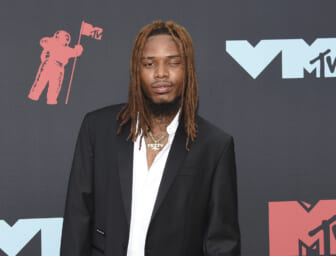 According to Yahoo, Blueface is most known for his 2018 hit song “Thotiana,” which has been officially remixed by YG and Cardi B. The track reached No. 8 on the Billboard Hot 100. His debut “Famous Cryp” mixtape hit No. 29 on the Billboard 200.

The Los Angeles native initially gained notoriety with “Respect My Cryppin” in May 2018, which featured his infamously off-kilter flow and received divisive reviews from the general public.

The former college football player joined Cash Money West in June 2018 and has since emerged as a prominent presence in the Los Angeles rap scene, releasing a 2019 EP, “Dirt Bag,” and an album the following year titled “Find The Beat.”