A strange thing happened on the subway …

OPINION: A strange conflict played out in front of me on the subway on the way to work the other day. The subway is often the source of insanity.

This is all a true story: I witnessed a strange moment on the New York City subway yesterday morning. The subway is quite often the source of crazy stories, and this is one of them. I think the subway pushes a wide variety of people together in a relatively small, cramped space and, really, no one wants to be on the subway — your whole ride either you’re dissociating, or you’re grossed out by your surroundings. So this makes the moment ripe for conflict. I saw some of that yesterday.

I noticed the brother when he got on. Middle-aged. Clean Nike sweatsuit. He seemed serious, like someone who had read a few books. I didn’t notice the family of European tourists until he started yelling at them. There are many mentally ill people roaming around NYC, but as far as I can tell this brother was not one of them. It was just that, for some reason, he was fed up.

I first noticed that there was a problem when the brother stood up and leaned into the space of the father of the family of European tourists. There were two parents and three kids, the youngest maybe 12. The brother was yelling something about the tourist’s young son “sitting on me” and the dad not saying sorry. I couldn’t tell what the original sin really was, but the brother was heated. He had not gotten the prompt sorry he felt he deserved, and he said he’d gotten some mouth from the tourist that had escalated things.

The tourist opened his mouth, and his English was a little broken. You could tell he knew some English but probably not enough to have a long conversation. He said, “You are nice people.” He said this twice, calmly. I don’t know what he meant by that, but he was trying to mollify the brother. He did not. It further enraged him.

He yelled, “It ain’t about being nice! You’re a colonizer and a gentrifier, and you need to teach your kid to move through the world with some respect!” OK, so now we’re getting down to the nitty-gritty of it all — the brother’s laying his general frustration with white people throughout history on this European who micro-aggressed him. I’m not saying I would’ve done it, but I understand. Is this European responsible for … everything? No. But should he be blamed? Yes. Carry on.

At this point, I realized that the train had been stopped in the station with the doors open for an unusual amount of time. That was a bad sign. I have seen arguments on the train before. There was no threat of violence here. Everything was about to end, but then two uniformed cops, both of them young white men, bounced onto the train like the cavalry ready to slay anyone who got in their path. They came ready for battle. The moment didn’t need that, but that’s how they roll. Turn the page, we’re in a new chapter now.

The cops looked at both men and someone getting off the train and pointed at the Black man in a way meant for them to see. As far as I know, yelling at someone is not a crime, but then again, when the cops show up, the law is whatever they want it to be.

The brother was still heated. He kept yelling at the tourist while the tourist retreated into silence. The cops told the brother to get off the train. He angrily refused. He was getting off at the next stop. The cops told him, forcefully, that he had to get off. He huffed and walked off and went to the next car. Problem over, right? The troublemakers were separated by distance, and the conflict was done, right? Nah. One cop said to the other, “Let’s kick him out of the station.” And they set off with glee. At that moment, the cops seemed like nothing more than legalized thugs allowed to push people around for any reason.

They leaped over to the next car and directed him to get off. At that point, I was worried that the brother was about to get arrested. I watched as they walked him down the platform toward the exit. He wasn’t in handcuffs, so I don’t think he got taken in, but I don’t know. But then I began to beat myself up — should I have intervened? Should I have tried to protect the brother from the police? I saw how they looked at two men in conflict — one Black, one white — and quickly decided that the Black man was the problem. I also saw how the brother was so angry that he wasn’t truly able to protect himself, to switch to another mode that would get the cops off of his back. 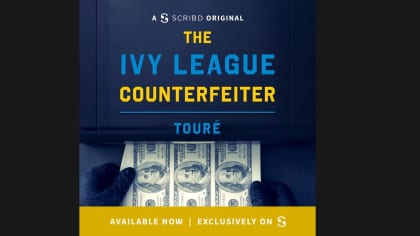 Also Read:
He was a professional counterfeiter, and he was a friend of mine

After they showed up, he kept yelling and cursing and being angry. Perhaps I could’ve said to him, hey brother, maybe you should chill out, so you don’t get arrested. Had I just watched and missed my chance to help out and make a difference? Maybe I couldn’t have helped, but I saw in him feelings that I have had when anger at white people fills you up so much that you can’t quickly code-switch out of it. But I was scared for him because every single time a Black person interacts with police their life is in danger. And we are perhaps in more danger when we haven’t done anything because we have that sense of indignance that comes from damn, why are you bothering me, I haven’t done anything? I mean, this brother felt like he was wronged twice — the son bumped into him and the father wouldn’t apologize, and now he’s the one getting police attention, which means his life is in danger.

When they were out of sight, the doors closed and the train carried on. I looked at the tourist Dad. He was silent. His whole family was, like how after a traumatic event you need to be quiet for a moment to process and calm down. They had planned a Christmastime family holiday to New York City and now a local was screaming at them about something that they may or may not have comprehended. He may have felt embarrassed, but he may have felt like a victim. I couldn’t tell.

I had one more stop before I had to get off. I wanted to say something to him. I wanted to say that he had messed up. He had allowed that Black man — who was standing up for his rights as a human being and was not touching anyone — to be escorted away by the police, which put his life in danger. I wanted to say you’re not from here, you don’t understand what you’ve just done letting that happen. Is that interaction worth his death or his brief incarceration or his trauma over having to deal with the police? I wanted to say that was white privilege in action — the cops showed up, and the race cards came out, and the whiteness card meant he won and that’s really screwed up to take advantage of that and possibly change this brother’s life. I wanted to say all of that, but I wasn’t sure if he would understand any of it. And my stop had come. As the doors opened, I saw that he and his family were getting off, too. They were still silent. I looked at him, trying to catch his eye, wanting to send him a facial expression that would communicate you screwed up, man. But he never looked my way.