I’ve wanted to interview Tyler Perry for over a decade. I finally got my chance on ‘Masters of the Game.’

OPINION: It was an extraordinary conversation that really helped me better understand the brilliance of the multitalented filmmaker.

After over a decade of waiting, I finally got my chance to interview Tyler Perry for an episode of “Masters of the Game,” which will air Friday, Dec. 30, at 8 p.m. on The GrioTV.

I’ve wanted to interview Perry ever since the day he called me. This was like 10 years ago. It was after the release of his movie “For Colored Girls,” which I hated and dissed on CNN. I said it was like cinematic malt liquor, in that it made Black people feel good but was bad for them. He saw what I said, got my number from CNN and he called me. “Hello this is Tyler Perry,” he began. I was taken aback. He said he saw what I’d said and wanted to talk because he knew that both of us would be in the industry for a while. It was a very smart move — if I knew him, I would perhaps be less likely to diss him.

We had a whole talk about movies and discovered we have entirely different perspectives. Everything I liked, he did not and vice versa. When I pressed him on filmmaking aesthetics, he said that what really matters to him is that people come up to him every day and say “your movie changed my life. I was obese or I was in an abusive marriage or I was about to kill myself, and then I saw your movie and everything changed.” And that, to him, is better than any Oscar or critical acclaim. I can respect that.

I wanted to go deeper into the conversation with him, but he politely wrapped up the conversation. Over the years, we stayed in touch by text. He invited me to one of his plays. I complimented him on certain roles. Every once in a while, I got bold and asked him to let me interview him. He politely deferred. So I waited for my chance, knowing that it would be really interesting because he’s really smart and intentional, but also, we disagree on a lot of things, so it would be a valuable conversation and perhaps one where I could learn a lot.

Finally, I got my chance. We met in a suite in a luxury hotel in Manhattan, and he was as great of an interviewee as I expected. He was smart and compelling, and he helped me see who he really was as a filmmaker. I pressed him about the speed with which he works — he writes fast, he shoots fast, and to me, this isn’t conducive to creating great creative work. I believe artistry takes time to blossom. You have to give your film or your song or your essay or whatever time to come out of you. If you’re rushing, you’re probably not at your best. Could Tyler Perry be a better filmmaker if he slowed down and thought more about each step?

He deflected away from that whole line of thinking. He explained that what’s crucial to him is ownership of the assets he’s creating. That’s his main goal when negotiating with a studio. But if he gets a massive budget that would allow him to take his time on set, then the studio would insist on owning the film. But if Perry negotiates for a relatively small budget then the studio would allow him to own the film. That means that he has to be quick and efficient on set. That’s part of why he’s not loved by film critics, but his humor and his writing make him beloved by a certain segment of the filmgoing audience, so much so that there are “Tyler Perry people,” like he’s a brand that certain people love and swear. Their support and his business deals have led to him becoming a billionaire, which has let him create Tyler Perry Studios, which, he says proudly, is changing lives. He can hire people who wouldn’t be hired elsewhere and give them the chance they deserve. He can change their lives. 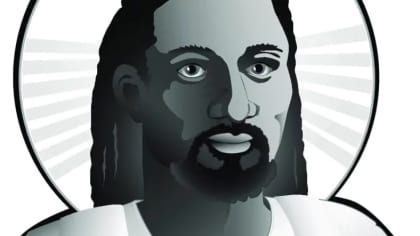 Perry’s filmmaking project has always been about more than just making a beautiful piece of art, it’s about changing lives, and that makes him one of the most important filmmakers working today. But I didn’t really understand that until I sat and talked with him, which was, perhaps, the goal of his reaching out to me years ago: You can’t truly understand someone’s art until you really know them. Don’t miss my interview with Tyler Perry on “Masters of the Game” airing on Friday, Dec 30, at 8 p.m. on theGrio TV.