The weeklong outpouring of support continued as the Bills returned to the field for the first time since Monday.

The owner of a sign shop, Magnuson took the next step by designing a 4-by-10-foot canvas card, which he erected at the foot of the Bills stadium entrance for all to see — and sign — as they arrived for Buffalo’s game against New England Patriots on Sunday.

“It’s been very positive. I’ve seen Bills fans, I’ve seen Patriots fans and people wearing other NFL jerseys coming up. I think this is bigger than a team thing at this point,” Magnuson said. “This is for Damar.”

The weeklong outpouring of support continued as the Bills returned to the field for the first time since Monday, when Hamlin went into cardiac arrest and had to be resuscitated after making a tackle during the first quarter at Cincinnati. Hamlin has since made what doctors call a remarkable recovery.

Though still listed in critical condition at the University of Cincinnati Medical Center as of Saturday, Hamlin’s neurological function has been deemed excellent, and he is breathing fully on his own while also able to speak.

Magnuson’s goal is to somehow get his oversized card sent to Hamlin. 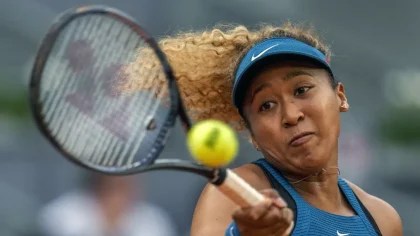 Fans filled the front of the sign with well-wishes some three hours before kickoff, offering messages such as “Stay Strong” and “Love.” Some wore No. 3 jerseys, which is Hamlin’s number.

“Watching it live, it was sad to see,” said Kyle Blaney, wearing a Patriots jersey. “But it’s good to see everyone coming together to support him, not just Bills fans.”

NFL fans everywhere have joined in supporting Hamlin this week, including many who contributed over $8 million to Hamlin’s Chasing M’s Foundation. Sunday brought a chance to pay tribute together during the last week of the NFL season.

The electronic signs ringing the parking lots of Highmark Stadium all carried the message “Love For Damar 3.” Some fans decorated their homes in Bills blue and red colors with various tributes to Hamlin.

Players from both teams came out onto the field for warmups wearing shirts honoring Hamlin. Many Patriots players wore black sweatshirts with the words “Love for Damar” printed on the front. Several Bills players wore T-shirts with Hamlin’s likeness on the front and back.

The NFL is paying tribute to the player during all Week 18 games, which began Saturday, including a pregame moment of support and painting Hamlin’s No. 3 on the 30-yard line. The Bills will also wear “3” jersey patches.

Hamlin was being celebrated by fans in Cincinnati, where the Bengals hosted Baltimore. 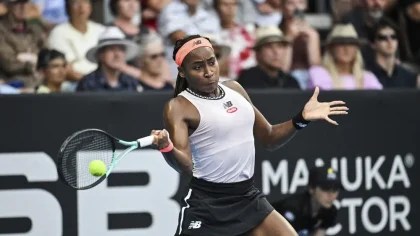 “It’s been so great that Damar is OK,” said David Coning, outside the Bengals’ Paycor Stadium. “We’ve seen pictures of him. He’s got a smile. He’s texted. So I think that’s a big relief for everyone. So hopefully we can kind of get back to normal.”

Sue Sonner wore a former Bills quarterback EJ Manuel’s No. 3 jersey, in which her husband covered over the player’s name with Hamlin.

“It’s going to be very emotional. I’m taking some tissues with me for sure,” said Sonner, who is from Corning, New York, and attended the game in Cincinnati.

“We could see the scurry and the trauma and the panic and all of that. So very somber, very somber environment,” she said. “Now that he’s progressing and we think he’s going to be okay, now we’re excited to play football again. And hopefully he’s on the road to recovery.”

Ken Johnson, who is nicknamed “Pinto Ron” and among the Bills’ most famous tailgaters, didn’t have anything special planned for Sunday, while saying he expected many of those in attendance to be spontaneous in honoring Hamlin.

“You never know if a bunch of people are going to climb on top of the van and start giving an emotional speech or something,” said Johnson, who has not missed a Bills game at home or on the road since the start of the 1994 season, with the exception of games fans weren’t allowed to attend due to COVID-19 restrictions.

“It just cements the legacy of Bills Mafia,” Johnson said of fans’ show of support.