The actor has revealed the name they've picked out for their unborn child.

The “S.W.A.T.” actor made the exciting announcement during a recent appearance on “The Jennifer Hudson Show,” set to air Jan. 26. During the conversation, Moore revealed that his unborn baby’s due date coincides with the three-year anniversary death of his beloved mother.

“I’m Shemar Moore, 52 1/2 years old. My mother is in heaven right now, it’ll be the three-year anniversary on Feb. 8,” he shared on the daytime talk show. “And on Feb. 8, I’m going to make one of her dreams come true because, in real life, Shemar Moore is about to be a daddy.”

In a clip from the episode, Hudson noted that Moore’s mother is “smiling at you from heaven.” 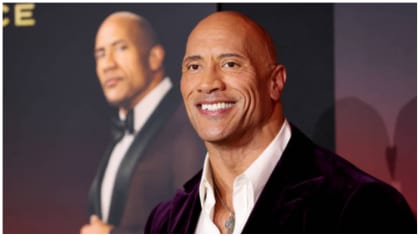 “I’m so excited. I’m sorry she can’t be here. I was worried for a while that maybe ‘that ship had sailed,’ kind of thing, and God had my back and things lined up,” Moore added.

Moore also hit up social media to gush about soon being a first-time father. His ladylove, Dizon, has two children from previous relationships, CNN reports. In the couple’s video announcement about expanding their family, the expectant mother said she would “love a boy because my boy is easy and I could have 10 of him.”

“But, I kind of want a girl because then we can have one more,” Dizon added. “’Cause if I have a boy, we’re one and done.” 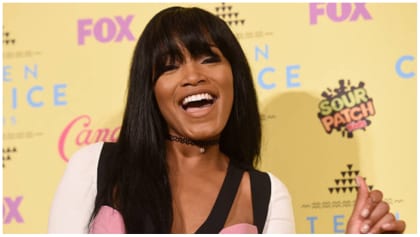 Moore explained in the Instagram video that Frankie is the chosen name for the unborn baby girl.

News that Moore is boo’d up with a woman and expecting a baby surprised many fans who have long assumed the actor is gay. He clapped back at the gay rumors in a 2016 interview, theGrio reported.

“I just think it’s all silly. If you’re gay, you’re gay. I’m not, and I know that, and I’m very comfortable with who I am, and I love women. I’ve dated plenty of them. If you think I’m gay, send your girlfriend over to my house for the weekend, and see what happens,” he said.