‘There’s nothing wrong with your nose’: Sheryl Lee Ralph gives advice to 15-year-old self

On the Golden Globes red carpet, the nominee dropped that and other pearls of wisdom.

Next time you’re in need of a pick-me-up, perhaps you should give Sheryl Lee Ralph a call. On the “80th annual Golden Globes” red carpet Tuesday night, Ralph gave a resounding message to her 15-year-old self.

When an interviewer asked the Emmy-winning “Abbott Elementary” star and Golden Globe nominee if she had any words for her younger self, she didn’t hesitate to share some self-love and body positivity.

She continued with a bit of timely advice. “And there is certainly nothing wrong with your lips because there will be some people called Kardashians and they will pay $10,000 for your lips. Hang in there, 15-year-old Sheryl Lee Ralph. You’re good.” 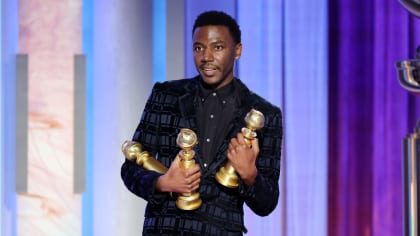 Ralph’s advice was both sweet and sadly relatable. She spoke to the feelings of inadequacy many (if not all) of us have felt, while also throwing light shade in the direction of the non-Black women who have been accused of repeatedly appropriating Black beauty trends and characteristics, most notably reality star Kim Kardashian and her family.

After the awards ceremony, Ralph seemingly addressed the shade in a tweet in which she wrote, “I said what I said. Now, I’m going to bed. Goodnight.”

The message to her younger self also comes amid Ralph’s inspiring career renaissance brought on by the success of “Abbott Elementary.” The actress noted that it would have been great to have appeared on the Golden Globes red carpet in support of some of her earlier projects, such as her work on the sitcom, “Moesha.”

Still, she was thrilled to be there as an “Abbott Elementary” nominee for the Supporting Actress in a TV Series/Musical-Comedy or Drama category alongside co-star Janelle James. Both lost to “Ozark” star Julia Garner.