Mom ‘livid’ after key figure in teen’s death gets parole

DETROIT (AP) — A man who told police that he placed a teenager’s body in a trash bin, a disclosure that led to an extraordinary but unsuccessful search of a suburban Detroit landfill, has been released from prison after less than a year.

“I’m livid. I’m absolutely livid,” said Cierra Milton, the mother of Zion Foster of Eastpointe, who was 17 when she disappeared a year ago.

Jaylin Brazier was sentenced to at least 23 months in prison in 2022 for lying to police during the investigation. Police believe Zion was the victim of a homicide, but no one has been charged in her death. 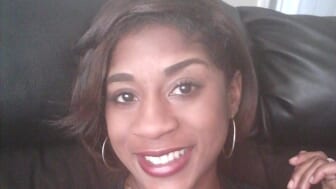 Brazier, 24, was released on parole this week. His last stop in the prison system was a special 90-day program that “focuses on changing negative behavior into socially acceptable behavior,” according to the Corrections Department website.

“The judge has to sign off for the prisoner to take part in it,” spokesman Chris Gautz told The Detroit News. “The state law governing the program says that successful completion results in an automatic parole.”

Milton said she wasn’t aware of any changes in Brazier’s original sentence.

“He didn’t even get the 23 months” behind bars, she said.

A message seeking comment was left for Brazier’s attorney Wednesday.

When he was sentenced last March, Brazier told a judge that Zion suddenly became unconscious while they were smoking marijuana. He didn’t call 911. 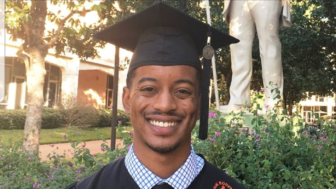 “I don’t know what caused it. I did not cause it,” Brazier insisted.

Police learned that her body was placed in a dumpster. The trash eventually landed in a vast landfill. For roughly five months, a special team of Detroit officers searched the landfill but couldn’t find Zion’s remains last year.

“Our detectives are constitutionally doing everything they can to talk to him,” White said of Brazier, “investigate him, visit with him, to make sure that we get what we need to charge that case the way it needs to be charged… But there’s a lot to it that I can’t go into right now.”