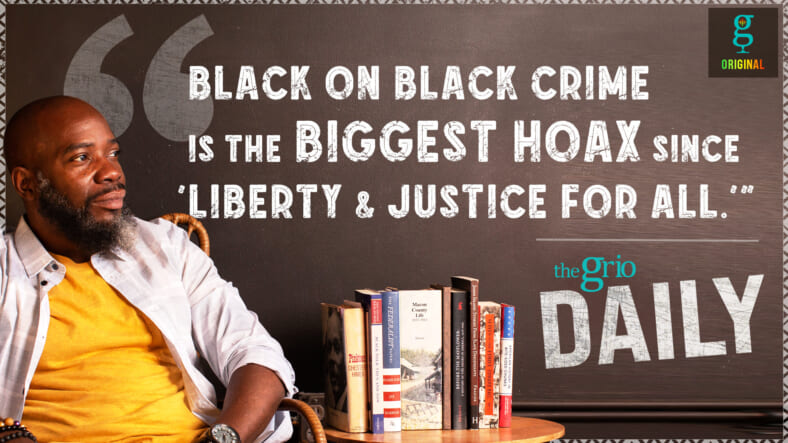 Black-on-Black Crime Is a Hoax

Merriam Webster [00:11:54] Racism is the belief that race is a fundamental determinant of human traits and capacity. This is racial differences produce an inherent superiority of a particular race. Mmm. Ain’t that somethin’. The more you know, the more you grow.

Michael Harriot [00:12:16] And that’s why we don’t talk about Black on Black crime, because Black people don’t have to answer for the tiny percent of Black criminals any more than white people have to answer for the tiny percent of Caucasians who don’t wash their legs. It’s just science. Anyway, thank you for listening to theGrio Daily. Don’t forget to download theGrio app. Subscribe and tell your friends. I will leave you today, as I always do, with another saying from Black America that three things you can’t trust a liar, a thief, and anyone who doesn’t use a washcloth. See you tomorrow. What you heard? Please give us a five star review. Download theGrio app, subscribe to the show and share it with everyone you know. Please email all questions, suggestions and compliments to podcasts@theGrio.com