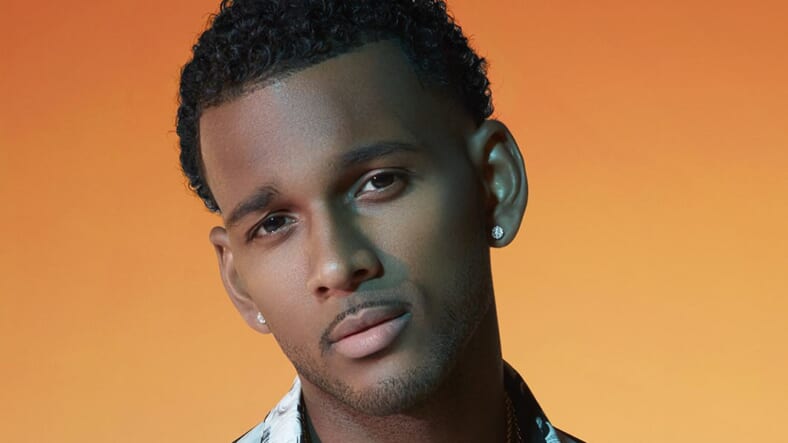 As a main cast member of Love & Hip Hop: Miami, Prince Michael, is making quite a splash on the small screen.

The party promoter/aspiring actor also dabbles in design and fans have watched him battle his girlfriend’s insecurities and shade from his competition throughout the show’s first season.

TheGrio caught up with the self-proclaimed “pretty boy” to get his take on the ongoing colorism controversy surrounding the show’s breakout star, Amara La Negra and the criticism she continues to face from music producer, Young Hollywood.

“I want to go on record first and foremost by saying I’m not taking his side and I’m not condoning what he said but being in the same industry, I feel for him. He used a poor choice of words, especially knowing this was going to be on national TV and knowing how producers of the show are and how they may portray him,” says Prince Michael.

“But, what he said does ring true because that is the industry and they are looking for a cookie-cutter, picture perfect type of person.”

She’s one of a kind.

ICYMI, Amara was forced to defend her look to the producer who called her a “Nutella Queen” on the show’s premiere. Young Hollywood also asked her to look “a little bit more Beyoncé, a little less Macy Gray” and insisted she couldn’t be elegant in an afro.

Prince Michael says Amara is the first Afro-Latina he has ever seen, despite living in Miami.

“I haven’t really seen—Amara’s the first of her kind that I’ve seen. I’ve never seen an Afro-Latina woman in Miami. In South Florida there’s a lot of Cubans, Colombians, Venezuelans Ecuadorians…but they’re more fair skinned. The women with afros that I usually see down here are African American women; not necessarily Spanish though,” he explains.

“I love Amara. We are really good friends and I think she’s one of a kind and I love her ‘fro. The whole thing about her taking melanin pills is the stupidest, most ignorant remark I have ever seen. She has looked the same way since she was a child. I personally don’t see what the big deal is. She looks fu*king bomb on TV. She takes the most beautiful pictures, she can sing, she has a bubbly personality, she’s making moves. I don’t see why anyone would have anything negative to say about her. She’s an amazing person so I don’t see the controversy.”

“I was caught off guard that she cried because it seemed to come out of nowhere but at the same time we all have our struggles,” he says.

He also revealed that he can relate to being labeled by others because he has been made fun of for being gay since he was a child, even though he’s a heterosexual.

“I have to deal with people calling me gay every day. It’s not because I have been with another man or because they have seen photos of me with men. It’s my mannerisms. It’s how I dress because I dress very well. It’s because I enunciate and articulate my words. It’s dumb. These are ignorant remarks,” he says.

“I have been dealing with people calling me gay since I was in the fourth grade because of things I can’t control. It sucks. It does break you down. I don’t cry about it but it does hurt. I hate it.”

“Well, Love & Hip Hop: Hollywood had some type of homosexual storyline. I’m really good friends with Bobby. That’s my homie. It doesn’t make me cringe but I will say this, it is very strong, even for me. I was surprised by how raunchy it gets,” he says.

“At the same time, they show heterosexuals doing it. Why can’t they do the same? It’s just a shocker. I don’t know if you saw the clip with Malik where they’re making out but that kind of made me go, ‘Wow. That was a lot to take in.’ At the same time we’re in 2018. You just got to respect it. The only part of it for me is we’re on national TV and kids watch the show. It did surprise me in that sense. To each his own.”

While viewers have already seen Bobby Lytes flying off the handle on multiple occasions, Prince Michael insists he’s not always as turned up as we may think.

“Bobby is not mad all the time. We get along because we’re exactly alike— he’s just gay. He’s not an angry person but he will pop off and also he wants people to talk about him. He’s doing what he needs to in order to make sure his storyline is prevalent and people know who he is. He’s ready to go off at any moment,” he says.

As far as his friend’s budding music career? Prince says it’s on track.