10 Times white people were too extra for their own good

Perhaps the most acute aspect of the shared Black experience, outside of having the same reaction to the beat drop in Frankie Beverly and Maze’s “Before I Let Go,” is our reaction to the unfolding of white people shit (WPS) right before our eyes.

We’re lucky when we get to witness WPS out in the wild and can exchange furtive, knowing glances with the closest other Black person. This unspoken acknowledgment happens when you see a white kid wildin’ out in the grocery store throwing oranges at his mom’s head while she just coos at little Ashton and ducks like it’s a game or when it’s negative degrees outside, but “Bob” is literally chillin’ in shorts, sandals, and a bubble coat.  In most cases, however, we get to indulge in WPS on a wider scale, thanks to the great unifier – the Internet.

And as soon as you see the headline you know it’s some WPS going down.  Here are a few  folks vying for WPS Hall of Fame:

The artist who bought her ‘support peacock’ an airline ticket 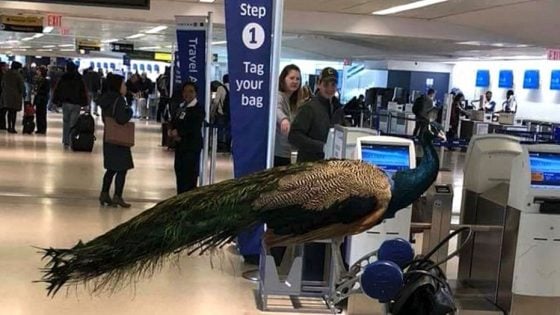 Peacock at an airport (Photo: TheJetSet.tv)

The latest example of white people white-people-ing (as of press time, anyway. They move quickly) is Ventiko. This Brooklyn-based artist reportedly owns a peacock and purchased the exotic bird a whole-ass seat on a flight to provide emotional support. United Airlines wasn’t having it and reportedly kicked the live peacock off a plane.

Imagine dodging the colorful plumage of an animal you’ve only ever seen in a zoo as you saunter on to your Basic Economy seat, only to find that the while damn flight is held up because a teddy bear or golden retreiver wouldn’t suffice as emotional support. Then imagine that you wouldn’t even need to wonder about the racial orientation of the bird’s owner.

That’s what it means to be us looking at them doing some WPS.

The woman who cooked a whole meal by chewing the ingredients

I’d rather watch a Saw movie marathon after downing three turns at a Golden Corral buffet than ever again watch the video of Iska Lupton cooking a Christmas turkey by first chewing every single ingredient. It’s apparently a piece of art – one that belongs in Hell’s version of the Louvre.

My adoptive city of Chicago gets its share of truly inclement weather. As sure as the moon wanes, there’s always a pigmentally-challenged individual around to ensure you that he finds it “not so bad.” Like this chap Ethan, whom the local news caught running near the lake. In the middle of December. Shirtless. That industrial-grade Caucasity didn’t stop his sistren from leaning on the heart-eyes emoji button in the comments section.

The mere existence of Jackass

If ever you want to feel the pain of a rejected manuscript surging through you with the force of a thousand unpaid utility bills, think about how Johnny Knoxville and his crew made many millions of dollars off of finding inventive ways to crush each other in the nuts. God Bless America.

The woman who baked bread with her own yeast 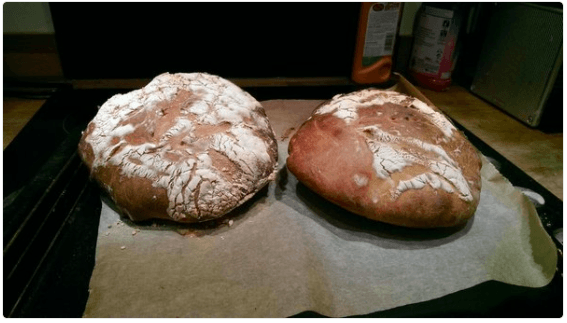 British blogger Zoe Stavri live-blogged every step of the creation of sourdough bread that she made using her own yeast infection. And, of course, she ate it. Women like Stavri is why God invented Purell and why Black folks ask questions about who made what dish before diving in at a potluck. 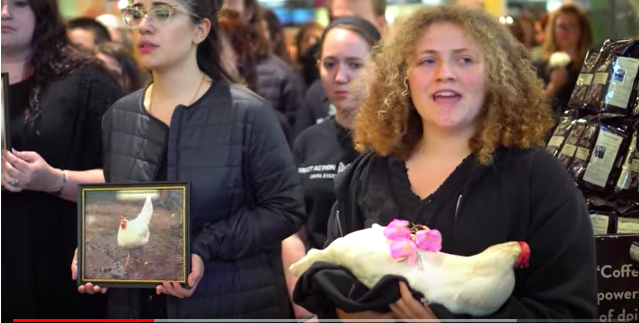 Look, there were virtually no Black folks on the veganism bandwagon before Obama’s first term. But now there’s some bridge-too-far, next-level shit going on: militant vegan group Direct Action Everywhere “disrupts speciesism” by hosting faux-funerals for uncooked meat. They’ll also run up in your local Chipotle during lunch hour and protest until they get kicked out. Let’s see them pull that shit at a Harold’s on Chicago’s south side. 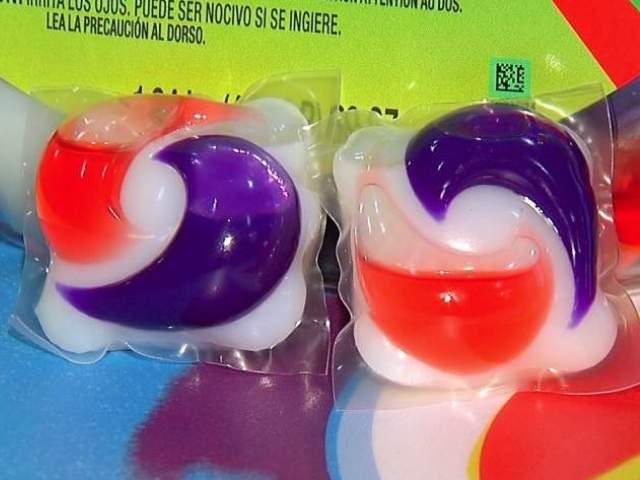 Nowhere in any of the videos, memes or stories I’ve seen this month about people willingly consuming concentrated packets of laundry detergent have I seen anyone who would fail the paper bag test. Because avoiding rank stupidity factors heavily into our self-preservation.

This dude writing about how he stopped showering 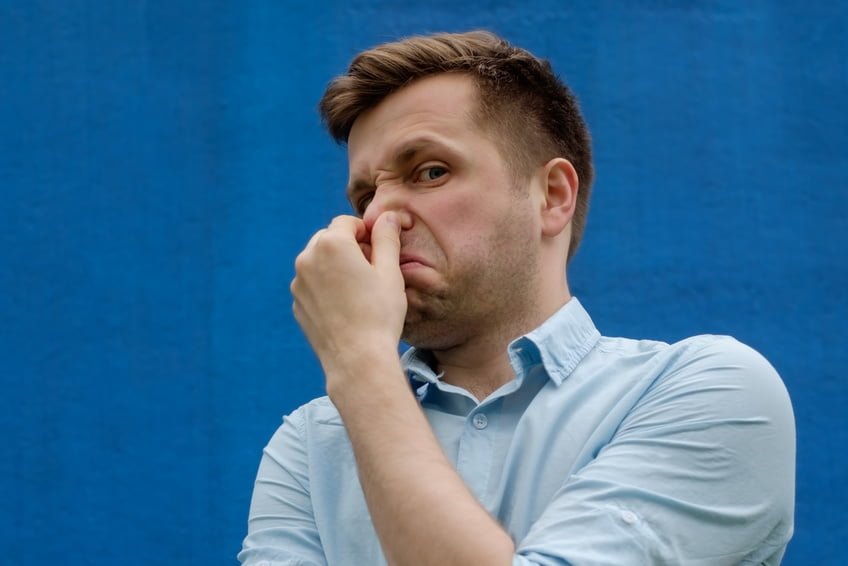 I’m still amazed that a publication as reputable as The Atlantic published a piece explaining how not showering is a great way to add time back to our lives. Because the five-to-10-minutes we spend in a given day making sure we don’t smell like ripe assflakes is so wasteful. If I were a subscriber, I totally would’ve canceled.

This woman yelling at a goddamn bear

Back in 2015, a woman named Mary Maley videotaped a bear tearing up her kayak in Alaska as she yelled at him to stop. If you can’t find at least two things wrong in that last sentence, then you’re with them. I haven’t Googled Mary Maley to see if she’s actually white. Because I don’t have to.

Every white woman you ever worked with 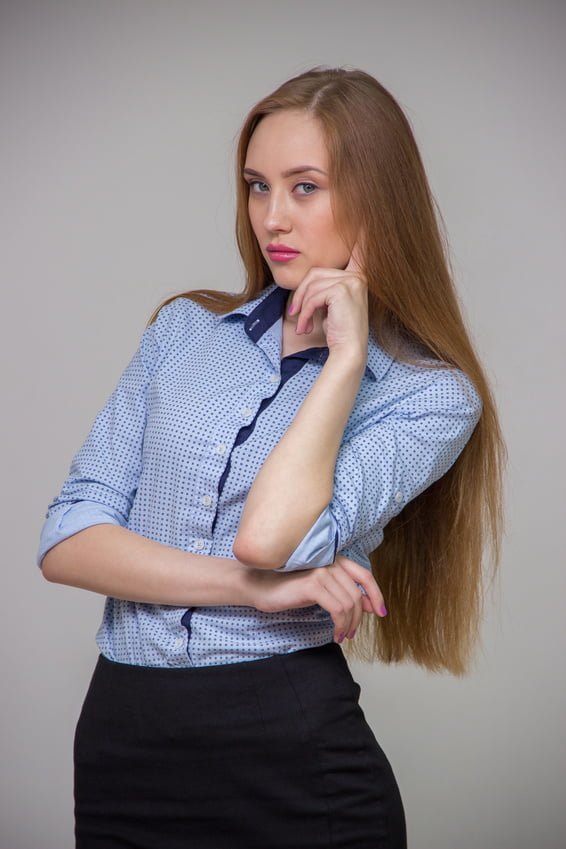 I’ve said it a million times: There’s no demographic of people who care less about your job preservation than white women. Roll your ignorant ass back from break 23 seconds late and see Allison not pop into your boss’ office with “concerns.”

Of course, this is far from an exhaustive list – enter a hipster-centric neighborhood in any major city and you’ll come up with another 20 examples within five minutes. Because the Earth will spin, a Kardashian will pose naked somewhere and whites gon’ white.