Fox News VP says this year’s Olympic team is ‘darker and gayer,’ but not necessarily good

Fox News gets it wrong again 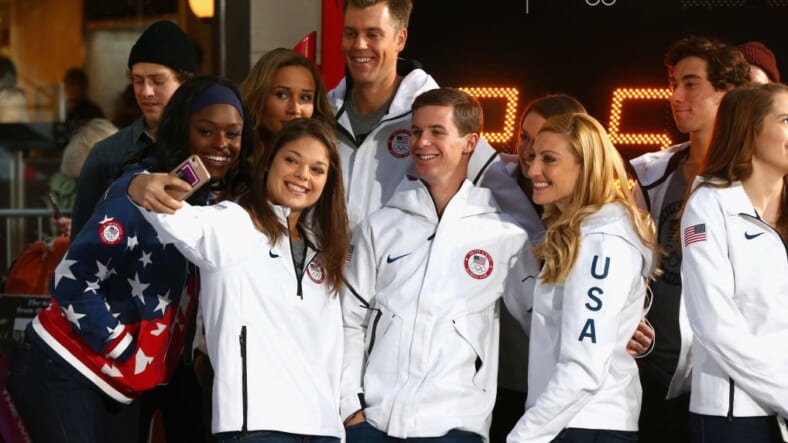 John Moody, the executive vice president and executive editor of Fox News, questioned on Wednesday whether athletes on Team USA on this year’s Olympics team truly earned their spots, suggesting that the team was more worried about diversity than winning medals.

Moody wrote an op-ed on the Fox News website suggesting that Team USA shouldn’t be proud of its most diverse team ever.

“Unless it’s changed overnight, the motto of the Olympics, since 1894, has been ‘Faster, Higher, Stronger.’ It appears the U.S. Olympic Committee would like to change that to ‘Darker, Gayer, Different.’ If your goal is to win medals, that won’t work,” he wrote.

Moody is getting upset about a team that still has a ways to go when it comes to diversity, even though it is the most diverse Team USA in Winter Olympics history. Teams for the Winter Olympics are usually very white, but this year, we have 10 African-American and 10 Asian-American athletes. There’s also two openly gay athletes. That’s 22 people out of 243.

Moody questions the validity of the Olympic trials

But even more insidiously, Moody seems to think there these highly trained and decorated athletes were chosen for appearances sake as opposed to their actual skills and abilities.

Yes, Moody really did suggest that the trials are somehow rigged. Is it that unbelievable that diverse athletes might actually qualify for the Olympics? For people like Moody it is.

As the Olympics have their opening ceremony tonight in South Korea, we hope that every single one of the athletes Moody is so, well, moody about brings home a medal. After all, success is the best revenge.

Fox News has released an official statement regarding Moody’s column:

“John Moody’s column does not reflect the views or values of FOX News and has been removed.”