VIDEO: Donald Glover and the Atlanta cast on what to expect in season two

The hit series returns to FX on march 1. 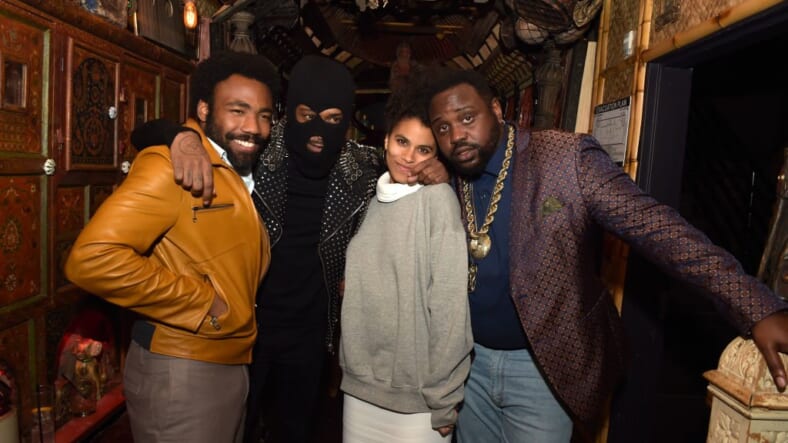 The hit show is returning FX for a second season on March 1 and TheGrio caught up with the cast at the Los Angeles premiere of “Robbin Season” on Monday night.

Brian Tyree Henry (Paper Boi), Donald Glover (Earn), and Lakeith Stanfield (Darius) were on deck to spill secrets about the upcoming season and offered some insight on what fans can expect from their crazy characters.

“Hopefully people will have a better understanding of why people from Atlanta are the way they are and why our city has the reputation it has,” the show’s writer and producer, Stephen Glover told TheGrio.

His bro, show creator and Emmy-winning star, Donald Glover, says that the show has found its footing. “Now we’re in the shit,” he said.

We also caught up with one of the show’s writers, Stefani Robinson, who said she expected the hit show to be cancelled after the first season and was shocked by the Emmy nomination for Outstanding Comedy Series they nabbed last year.

Atlanta’s director, Hiro Murai, also shared some insight on the new season and what we have to look forward to this time around.

It looks like strip clubs, the studio, and of course Paper Boi’s couch are prominent settings for the new season. But, of course, Atlanta fans have questions: Where does Earn actually live? Will Van find a decent new job? Will Paper Boi’s rap career pick up steam again? The suspense is KILLIN us!

And hot off the heels of Black Panther’s long-awaited release, the show’s stars were buzzing about their love for all things Wakanda on the red carpet.

Check out the full interviews above.