How was Oliver Wiggins arrested for driving drunk when the man doesn't even drink? 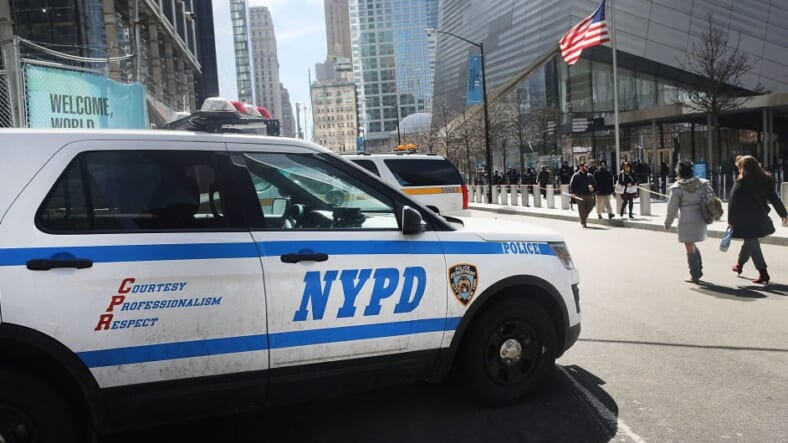 A police car sits in front of One World Trade. (Photo by Spencer Platt/Getty Images)

Oliver Wiggins, 33, was charged with driving while intoxicated after an NYPD officer drove through a stop sign and hit Wiggins’ car. There’s one problem: Not only was Wiggins not drunk at the scene but he doesn’t even drink at all.

On April 19, 2015, Wiggins was hit with the DWI charge despite the fact that a Breathalyzer test showed no alcohol in his blood. That didn’t stop Officer Justin Joseph, who hit him from claiming that Wiggins’ eyes were bloodshot, that his speech was slurred, and that he smelled alcohol on his breath. The officer, Justin Joseph, also claimed that Wiggins was swaying on the scene, according to The New York Daily News.

Wiggins’ story was backed up by the EMT and DWI technician as well as by a blood test at the hospital after the crash that showed that he wasn’t impaired by drugs or alcohol.

Three months after the crash, the charges were dropped against Wiggins.

But the damage had already been done. Wiggins’ drivers license had been suspended and he was left with car repair bills that his insurance wouldn’t cover because of the DWI charge. What’s more, Wiggins had “significant injuries that require surgery to his wrist,” according to his lawyer, Scott Rynecki.

A settlement and a way forward

Now, Wiggins has received a settlement of almost a million dollars from the city. “Settling this case was in the best interest of the city,” a Law Department spokesman said.

Rynecki said that Wiggins was trying to put the ordeal behind him and make something better of it by becoming a correction officer. At least one that will ensure the law is correctly enforced.

“This situation really made him understand the power of the badge and that police have to be honest because that’s how an innocent man can face frivolously charges,” Rynecki said.

There were never any charges brought against the police officer involved and he is still employed by the department.