Move over Rihanna, Serena Williams is ready to get in the beauty game 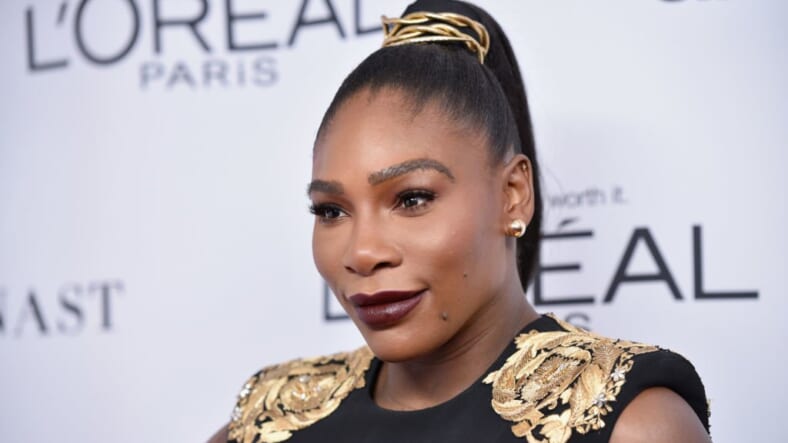 Serena Williams is back with a bang!

Just last week, the former world champion confirmed her comeback by a big win at the Indian Wells Tennis Garden against Zarina Diyas. And today, TMZ reported that the sports legend is taking her game to the world of cosmology.

According to reports, the new mother filed legal documents to obtain a trademark for the name “Aneres,” which spells Serena backwards. Previously, the same name was used to secure a clothing line, but Serena has apparently switched up her focus to beauty.

With Serena Williams’ inspiring and truth-telling commentary on the racism and sexism she often faces from both the media and her peers, it would be a powerful statement for her to step into the beauty game with an empowering line of products.

Prior to Serena Williams return to the court, she experienced a near-death incident while giving birth to her daughter Alexis Jr. which has compelled her to advocate for Black mothers worldwide.

Williams gave birth to her healthy baby girl Alexis Olympia Jr. last September via an emergency C-section. The Grand Slam champion was fine at first, but within 24 hours, a pulmonary embolism was detected. She knew something was wrong before her doctors did and, like many Black women, was forced to become her own advocate. Williams’ intense coughing undid her C-section sutures. Once doctors went to operate on her, they found a large hematoma in her abdomen.

Williams knows that the types of complications she experienced could have been fatal for other moms who do not have access to basic healthcare much less the state-of-the-art medical care she received.

In a CNN essay, Serena Williams points out that Black women in the United States are three times more likely to die from pregnancy or childbirth-related causes. She also shares stories about women in other countries.

Williams writes: “In Malawi, Mary James walked hours to reach the closest health center while she was in labor. Exhausted, she made it to the facility and gave birth, only to lose her child later that day. She picked a name for him, but he never opened his eyes. He never cried. She kept the name to herself. Sadly, Mary’s nameless son was not the only one. That same day, approximately 2,600 babies died on their first day of life.”

But Williams is not content to just talk about maternal health, she is calling on everyone to do something about it. She advocates for supporting organizations like UNICEF that offer simple solutions like recruiting and training more doctors and midwives, guaranteeing clean and functional health facilities, making the top 10 lifesaving drugs and equipment available, and most importantly, empowering adolescent girls to demand quality care.”

Williams ends her essay on a hopeful note, stating that real change is possible with a collective effort.