See everyone who was invited to the big bash. 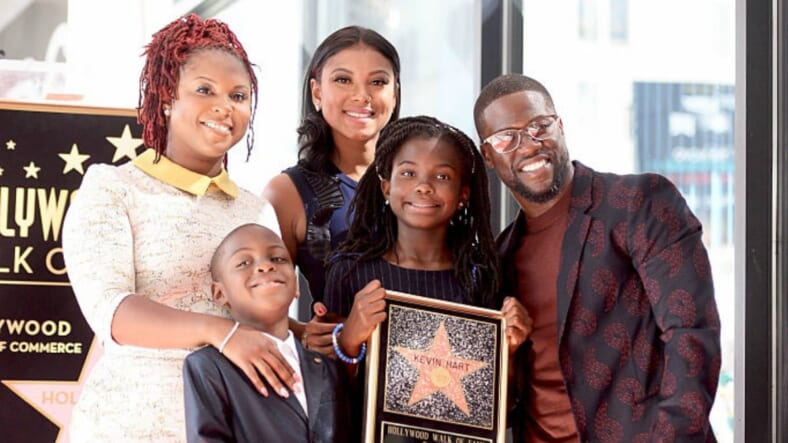 All the kids in Heaven Hart’s class will be talking about her amazing “Black Panther” inspired birthday bash.

The darling daughter of comedian Kevin Hart and his ex-Torrei joined forces like the Avengers, to throw Heaven a Marvel-themed “Sweet 13” party of epic proportions.

Heaven brought Wakanda to Cali’s Sky Zone Trampoline Park. And as the kids say, the party was lit with Heaven’s favorite’s group Rae Sremmund rapping while African drummers beat bongos and set the mood while dancers stomped around.

Heaven must be a fan of everything Marvel because she included some of the most prominent characters at her party. Not only was her cake made in the image of T’Challa in his “Black Panther” suit, but there was a life-sized Hulk and Spidey at the party too. From the video, it looks like a mix of all the Marvel characters made a showing and we wouldn’t be surprised if her little brother Hendrix had a say in which characters he wanted to see at the party.

When Rae Sremmurd hit the stage, all the kids had their cell phones out filming, basking in the moment and bobbing their heads along to their hit Black Beatles.The group’s Swae Lee was featured on Black Panther: The Album, for “The Ways.”

We all know how things can pop off at family parties, but Kevin and Torrei are finally cool. It’s all about the kids. Even Kevin’s new wife, Eniko was at the party. No word though, if Eniko and Kev’s new baby Zo made a showing.

Check out the party video featured on TMZ below.