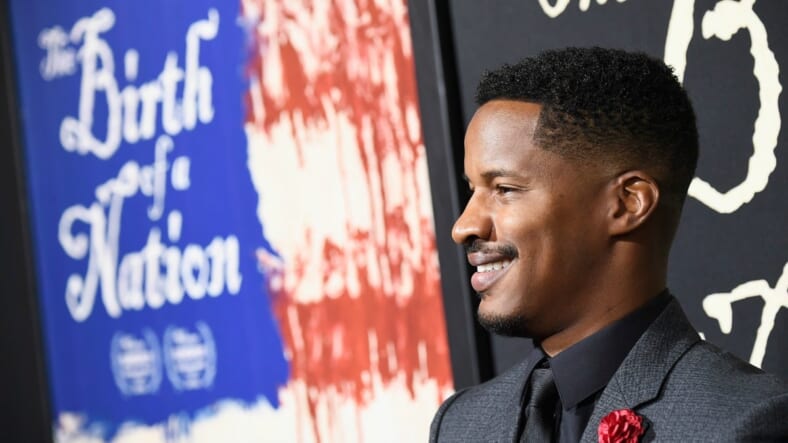 Director/Producer/writer Nate Parker attends the Premiere Of Fox Searchlight Pictures’ ‘The Birth Of A Nation’ at ArcLight Cinemas Cinerama Dome on September 21, 2016 in Hollywood, California. (Photo by Frazer Harrison/Getty Images)

Nate Parker is working his way back to the spotlight after college rape allegations resurfaced and sidetracked his movie career.

Parker is set to work on a new project Black and Blue which centers around the life of an LAPD cop Ralph Waddy who was considered a hero during some of the city’s most tumultuous times, according to the Hollywood Reporter.

READ MORE: Joe Biden: I shouldn’t have said I would ‘beat the hell out’ of Trump

Parker first tested the waters of his return back in February when he worked on a project called Baselines, described as short-form digital series about the ins-and-outs of a Los Angeles family attempting to “protect their aspiring pro basketball player from the dangers of inner city Los Angeles.”

Chatter around Nate Parker’s latest project, is the first of its kind since 2016 when he was on the heels of what was forecasted to be a stellar year. The creative was heavy on the promotional circuit for The Birth of a Nation, when whispers of a college rape trial snowballed into a social media firestorm.

READ MORE: Here’s the release date for Michelle Obama’s memoir so you can plan to take the day off

At age 19, while a student at Penn State, Nate Parker was accused of raping a woman. He was later arrested and stood trial for the accusation, but was found not guilty. Parker has maintained his innocence but it wasn’t enough to save the star’s hopes for his directorial debut telling the story of Nat Turner’s violent slave rebellion.

The Birth of a Nation ultimately didn’t perform well at the box office and some of the movies’ stars, who once campaigned for the film’s success, shared their concerns about the Nate Parker’s past publicly. Parker now looks to salvage his career and forge ahead in the entertainment industry with this new web series and his foray back in the directing seat.