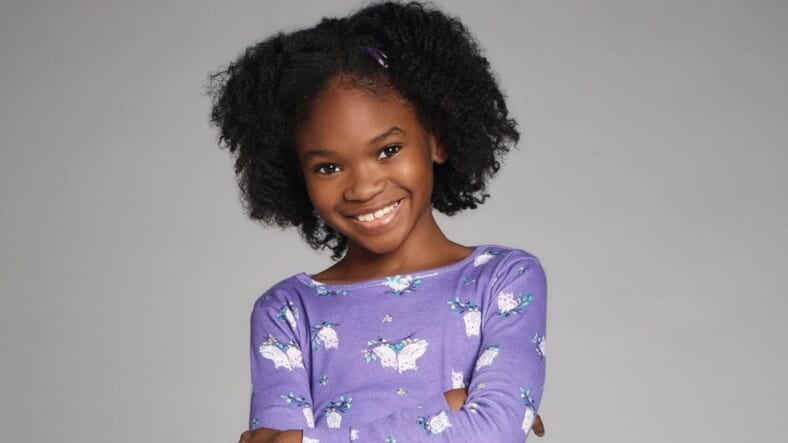 The return of Roseanne isn’t all bad.

Although ABC has received tons of backlash for the show’s racist undertones and promoting right-wing conspiracy theories, the network got at least one thing right when they chose to introduce Jayden Rey to the world.

The 8-year-old actress plays Mary Conner, the daughter of Roseanne’s on-screen son, DJ. While we’re still side-eyeing the show’s pathetic attempt to seem progressive, we’re grateful we get to see this little star each week.

Here are 5 things to know about the adorable actress:

She got an early start.

Her Roseanne role may be her first big break on the small screen but this little girl has been on her grind. She reportedly started singing, dancing, and acting at age 2 and has been booking commercials for brands like Dannon, Kohl’s, Nick Jr., Sprout, Farm Rich, ESPN and Toys ‘R’ Us.

She’s got swagger for days.

Acting is only one of Rey’s many talents. She’s constantly showing off her skills on Instagram and she seems super serious about her dance moves. She’s also a fierce fashionista who styles herself in cool outfits.

Although she’s only eight years old, Jayden Rey is sharing her truth. She has an affinity for inspirational quotes and is frequently posting stories about female empowerment, race, peace, and success on her social channels.

Now this is how you put your money where your mouth is!!! This means so much more to me than a march ?????? . . . . #jessicachastain #actors #women #octaviaspencer #hollywood #film #television #equality

She has famous friends.

The actress has several snapshots with famous friends on her timeline, including one of herself with Diddy at church.

She respects her elders.

Rey regularly shouts out inspirations like Oprah Winfrey and Issa Rae (whom she calls her “predecessor”) on social media and it’s clear she has her sights set on greatness.

We can’t wait to see what is in store for this beautiful black girl but here’s hoping she books something better than her current gig very soon.