Lock him up! Attorney suing R. Kelly says singer won’t get away with his crimes against Black women

S. Lee Merritt questions why the Black community continues to give the R&B singer a free pass. 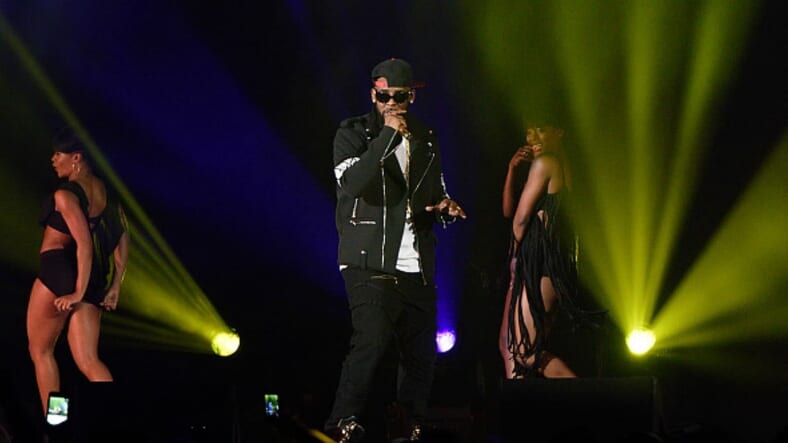 R. Kelly performs during The Buffet Tour at Allstate Arena on May 7, 2016 in Chicago, Illinois. (Photo by Daniel Boczarski/Getty Images)

I was 11 years old when R. Kelly committed his first known act of criminal predation involving a then 15-year-old Aaliyah in a Chicago hotel. He was 27-years old. I never imagined that some 24 years later a fresh victim of Kelly’s abuse would walk into my office seeking my help to bring him to justice.

In the expanse of time between his first highly publicized offense and the day this 20-year old, young woman walked into my office flanked by her parents, there have been countless lawsuits, dozens of criminal allegations and not one conviction for the R&B icon.

I’ll be honest, I struggled with whether or not I should represent this young woman against R. Kelly. My momentary trepidation somewhat reflects an internal struggle the Black community has experienced in dealing with the music legend. As a Civil Rights lawyer, I have developed a reputation for addressing glaring inequities in our criminal justice system. Representing families of police brutality, corporate discrimination and victims of white supremacy, I have spent my career highlighting the fact that the deck is stacked against Black people in the criminal justice system because the American legal framework is designed to suspect, accuse and prosecute people of color. In my practice, I’ve served our community in a role that is as much activist as attorney working to change this paradigm. How then does it make sense that I should use my training and resources to prosecute another Black man?

With a proven track record of incarcerating and excessively punishing innocent and guilty Black men alike, the judicial system seems up to the task of prosecuting Kelly without the help of a Civil Rights lawyer. Similarly, it seems to be the sentiment of our community that if R. Kelly’s actions deserve condemnation, the world’s most ravenous judicial system towards Black and brown bodies is certainly capable of meting out a disproportionate life altering penalty…but that has yet to happen. Either Kelly’s behavior isn’t as contemptible as it appears or there is something else at play here that has enabled him to avoid justice for years.

After listening to this potential client’s story and reviewing the painstaking files gathered by journalist Jim DeRogatisas (in his Buzzfeed investigative story, “Inside the Pied Piper of R&B’s ‘Cult'”) where he outlined a long history of gut churning testimonials of Kelly’s victims, it was immediately apparent. This man’s behavior is indeed as bad as it appears. In fact, it’s actually worse.

Kelly, however, seems to occupy a unique space in the American justice system. On the one hand, he is a Black man and on the other hand he is a wealthy celebrity. Prison after all is supposed to be for poor people. Despite the demonstrative racial bias in American courts, wealth can serve as an effective deterrent to institutional racism.

When O.J. Simpson went on trial for murder in 1994, he wasn’t on trial as a Black man. He was on trial and subsequently acquitted as O.J.—the multi-millionaire, football giant. When R. Kelly went on trial for 21 counts of child pornography in 2008, he didn’t go on trial as a Black man. He was represented by some of the best legal minds in the business and he also had the unique ability to make key witnesses disappear with the stroke of his pen and his checkbook.

You know what else worked in his favor? A predilection for Black girls who exist in a society where a dozen of them can simply vanish in a metropolitan area and it barely makes a blip on the national register. We know, however, that in cases of missing white children 5-year old Haleigh Cummings who went missing in 2009 from the small town of Satsuma, Florida. Disappearances of young white girls dominate the new cycles for months at a time.

READ MORE: Woman sues R. Kelly for giving her an STD when she was a teenager

There is little doubt that if R. Kelly was caught on tape raping a 15-year-old white girl, he would have been thrown under the jail no matter his net worth or popularity. Simply stated, he has benefited from his choice in victims. Isn’t in interesting then that he seems to only prey upon Black girls?

Kelly has preyed on the Black community for over 25 years and yet is given the benefit of the doubt by a large sector of our community. He has simultaneously avoided having to deal with burden of racial bias in an institutionally racist judiciary because of his economic edge. Also, Kelly benefits from targeting Black girls because our criminal justice system and society’s inability to protect them. Once you realize all of this, you begin to see that the Black community may very well be harboring a terrorist and with these facts in mind, I want you to consider Kelly’s current reign of terror.

Kelly is not just someone formerly accused of pedophilia. He is actively assaulting women and knowingly infecting them with an incurable STD. He is taking advantage of young women by illegally furnishing them with alcohol and other drugs and then advancing on them sexually. He records these sexual acts without their consent. Women who join his entourage are often subjected to extreme abuse and mental conditioning including unlawful restraint (false imprisonment) for long periods of time, physical attacks and verbal degradation. Each of these acts are either criminal or tortious or both.

Kelly deserves criminal prosecution and societal condemnation — and yet, he has incurred neither. I took on this case because Kelly is just as culpable of preying on the Black community as a whole and he should be considered our most common enemy. He has been given a green light to prey on our girls because mainstream culture doesn’t value Black women…and apparently, neither do we.

It’s time for all of it to change.

S. Lee Merritt, Esq. is a social justice activist and attorney who is an emerging as an influential new voice in the fight for Civil Rights throughout the country. He represents the latest 20-year old survivor who claims she was emotionally abused by R. Kelly and given an STD during their 11-month association.