This would be baby No. 3 for Black Chyna. 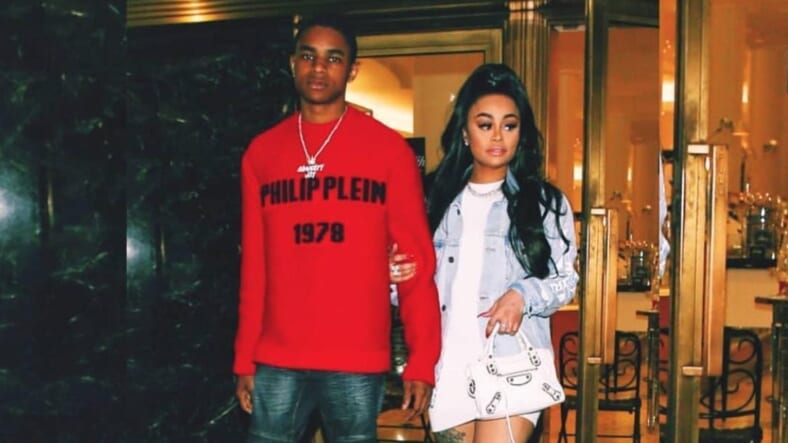 It looks like Blac Chyna may be gearing up for baby number three if these rumors are true.

According to reports, the 29-year-old reality star turned lash bar owner is expecting a child with her 18-year-old beau, YBN Almighty Jay.

The couple has yet to confirm the news, but the teenaged rapper revealed that he would be down to have a baby with Chyna during a recent interview.

“I don’t wear condoms. . . I would not want to f–k a bitch I did not want to get pregnant,” he told No Jumper in March. “If Chyna got pregnant, I would keep that s–t like ‘ohh daddy love you,’ I love that ass.’”

Last month, YBN Almighty Jay popped the question to Chyna over Instagram, but it seems the marriage proposal was just a joke. The couple began dating in February and have raised quite a few eyebrows with their unexpected romance.

A rep for Blac Chyna told Page Six, ”No clue..I only handle appearances and don’t ever comment about my clients personal lives.”

We guess fans will just have to wait a while for official confirmation.

This would be the third child for Blac Chyna, who shares a 5-year-old son, Cairo, with Tyga and a 15-month-old daughter, Dream, with Rob Kardashian.

Last month, she made headlines for getting into a brawl at Six Flags and tried to bust a fan in the head with a stroller for touching her daughter Dream.

Later business continued as usual, and she posted an ad promoting “glass blunts” on Instagram.

After the dustup, Chyna revealed she planned to unwind with some weed. “Idgaf but I’m gonna chill tonight with @GlassBluntStore and go all the all the way up.”

It may be time for Chyna to tame that temper and put down the pipe for a few months if she does have another bun in the oven.