Find out why these stars wish they had listened to their mothers. 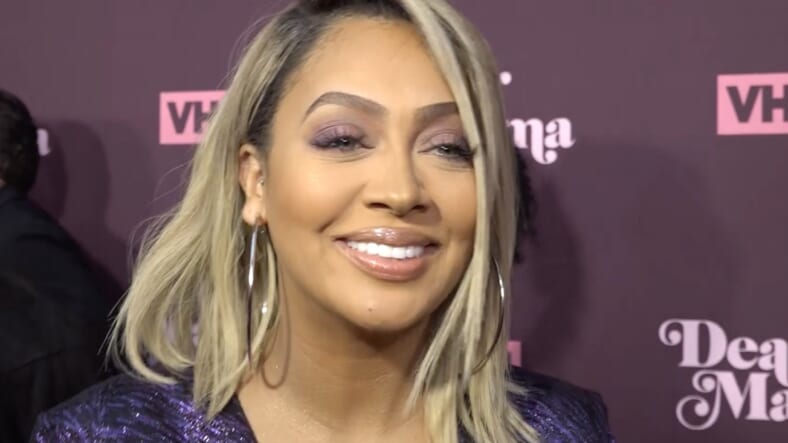 With Mother’s Day right around the corner, plenty of us have our moms on our minds and celebrities like Gabrielle Union, Ne-Yo, and Lala Anthony are no exception.

We caught up with a few of our favorite stars to find out the best advice their mother’s gave them that they wish they took, and some of their responses were pretty surprising.

While Gaby Union hit the red carpet with her mother, Theresa Union, in tow, others showed up solo to sing their mom’s praises.

The Breaking In star and executive producer admitted she doesn’t always follow her mother’s advice to “speak less” and “take the high road,” but tries her best to choose her words wisely.

Lala Anthony is feeling major regret about ignoring her mother’s pleas to skip the tattoos and now she’s paying the price in a big way.

“Don’t get any tattoos,” says Lala’s about her mom’s best advice. “Now I’m in the process of getting like 12 tattoos removed and it’s the most painful sh*t of life. Every time I’m under that laser I’m like, ‘why didn’t I listen to my mom when she said that?’”

Basketball Wives star, Jackie Christie, revealed her mom tried to teach her to ignore her haters, but she’s still struggling to let things roll off her back.

“To not care so much about what people think and their feelings,” she said. “I can’t help it, my heart is so big…I still do.”

While Ne-Yo likes to think he was an angelic child growing up, he admits he was secretly up to no good a lot of the time.

“I was a sneaky little kid. On the surface, I was an angel…but behind her back, I was the one writing on the wall and blaming my sister for it. I was that dude,” he said.

“Be careful what hearts you break. My mama absolutely told me that. At the time, I was a teenager and I was like, ‘You don’t know nothin’. The world has changed.’ The world has not changed,” the singer said.

“You have to be very careful with the responsibilities you take on in the realm of hearts and emotions and people’s feelings…She told me that early on. I didn’t listen. I should have. It would have alleviated a whole lot of grief in my adult life.”

Check out the video above for more tea from the stars.