EXCLUSIVE: BET Awards host Jamie Foxx can sing AND twerk like a champ

Foxx is set to host the 2018 BET Awards next month. 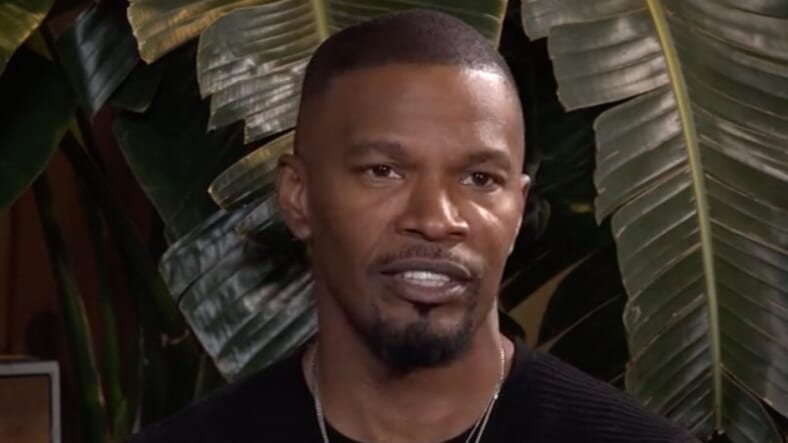 The 2018 BET Awards are right around the corner and Jamie Foxx will host annual event in June.

It has been nine years since he hosted the show and we can’t wait to hear his jokes and hopefully get a sneak peek at a few of his best dance moves while he wrangles this year’s biggest stars in the entertainment industry.

DJ Khaled leads the pack with six nominations, and Kendrick Lamar racked up five nods. Close behind are Migos and SZA with four nominations each. Several of our favorite ladies nabbed nominations, including Rihanna, Cardi B, and Beyonce.

The show won’t only honor music‘s biggest names this year but will also hand over trophies for the best athletes, films, actors, and directors of the year.

We’re pretty sure Black Panther will take home the prize for Best Film, but we’ll have to wait and see if the other contenders; Girl’s Trip, A Wrinkle In Time, Detroit, and Mudbound, have a chance.

TheGrio caught up with the actor, singer, and host of Beat Shazam to find out how his song-singing skills hold up against our correspondent Cherise Nicole‘s version of the game.

Even though our girl was confident that Jamie Foxx wouldn’t be able to finish the lyrics to the five songs she selected to challenge him with, things didn’t go exactly how she expected. Lucky for us, Foxx can carry a tune and is a lot more knowledgable that we thought he would be about a wide range of musical styles and his twerking skills are a sight to be seen.

Check out our exclusive interview and watch Jamie Foxx beat us at our own game.