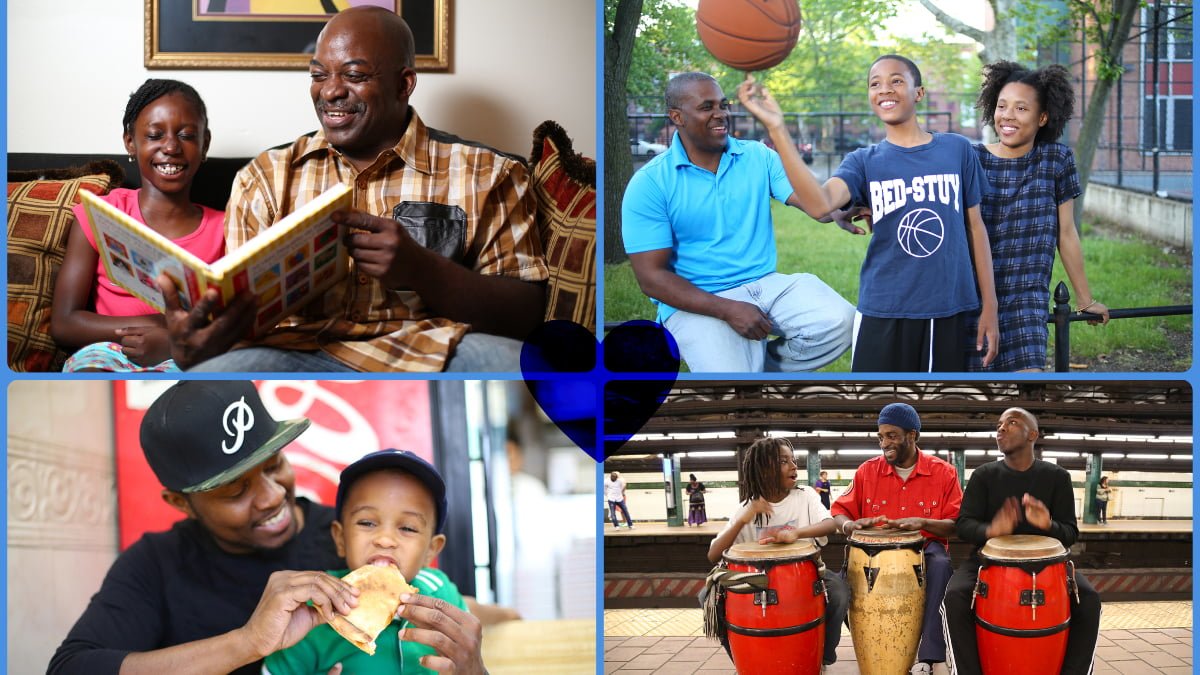 In it Thompson showcases the bond between Black fathers and their children, dispelling the myth that Black men aren’t attentive, sensitive, kind and loving towards their offspring. Instead, you’ll bear witness to fathers who are both breaking a dysfunctional cycle and debunking the idea of that engaged Black dads don’t exist.

Below are 17 fathers from our community who genuinely bask in the joy of their roles as fathers and aren’t ashamed to show it.

READ MORE: Former NFL star Rashad Jennings talks about the transformational journey in repairing the broken bond with his father

“I love watching my children pursue their passions. Ardelia is a skilled artist, and Alijah loves basketball. Watching them pursue what makes them happy is the most gratifying feeling I could ever ask for.”—Albert Lovelace