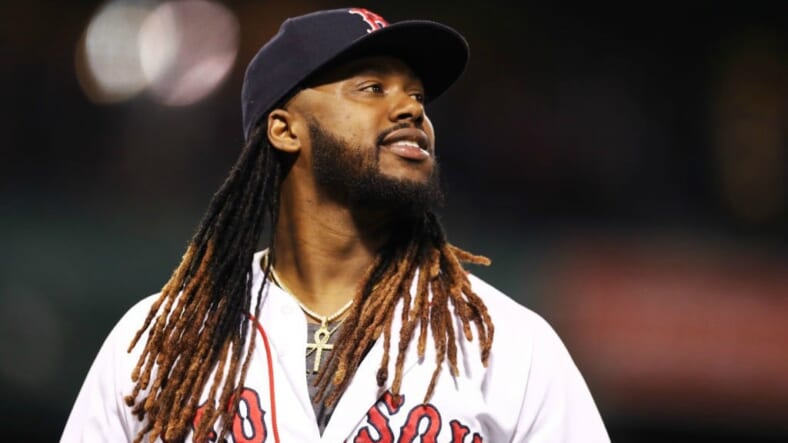 That may be the case, according to ABC News investigative reporter Michele McPhee. She tweeted Friday that the former Boston Red Sox first baseman is “being eyed in connection with an ongoing federal and state investigation.”

McPhee later told a Boston radio station that authorities are interested in Ramirez after a man driving his car was recently pulled over by police had “a significant amount of drugs” inside.

“And during that car stop, the suspect claimed that one of the items found in the vehicle belonged to Hanley Ramirez and then FaceTimed (Ramirez) in front of police. And that car stop coordinated with the timing of his release from the Red Sox (on June 1).”

McPhee reported that the suspect who was pulled over — a person who was not Ramirez — was found with “435 grams of fentanyl as well as a large amount of crack cocaine.” McPhee is renown for her stories about former New England Patriots star Aaron Hernandez, who killed himself in prison.

Ramirez’s agent, Adam Katz said the player “has no knowledge of any of the allegations contained in this media report and he is not aware of any investigation,” Fox Sports and The Athletic’s baseball writer Ken Rosenthal tweeted Friday.

While it’s not exactly clear what Ramirez is involved in, the Red Sox said they don’t know about an investigation. The team said Ramirez was let go because of baseball reasons. Ramirez, 34, was batting a respectable .254 at the time of his release earlier this month.

Once considered among baseball’s best players a decade ago, Ramirez was a career .290 hitter with 269 home runs and 909 RBIs in 1,652 career games.