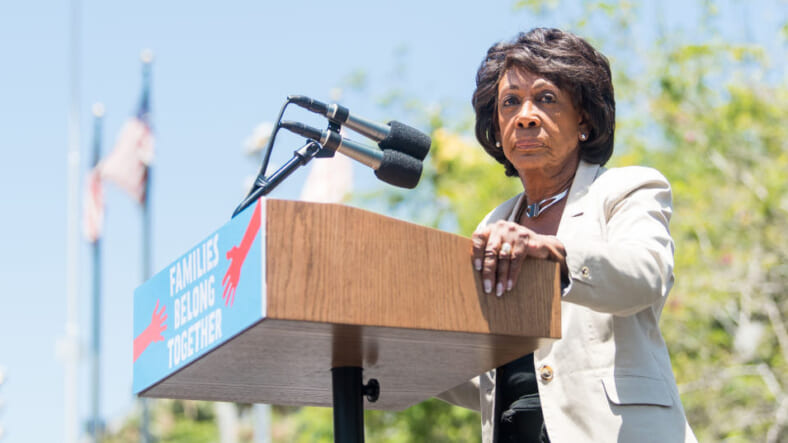 1of2 #HazardousMaterials; INC#0993; 2:55PM; 10124 S Broadway St; https://t.co/wsNXSXdNh5; Broadway-Manchester; LAPD on scene and requested a hazardous materials response by LAFD for suspicious package (reportedly labeled “anthrax”). There are no reports of any patients requiring

Rep. Maxine Waters has endured numerous threats in recent months, especially after Donald Trump insulted her intelligence and falsely claimed that she advocated violence against conservatives.

Congresswoman Maxine Waters, an extraordinarily low IQ person, has become, together with Nancy Pelosi, the Face of the Democrat Party. She has just called for harm to supporters, of which there are many, of the Make America Great Again movement. Be careful what you wish for Max!

Threats have escalated to the point that Waters has had to cancel certain events due to security concerns. Additionally, a deputy district attorney in California by the name of Michael Selyem went so far as to post on Facebook that he wondered why no one had shot Waters yet.