There are tons of fantastic new projects hitting the streaming service this month. 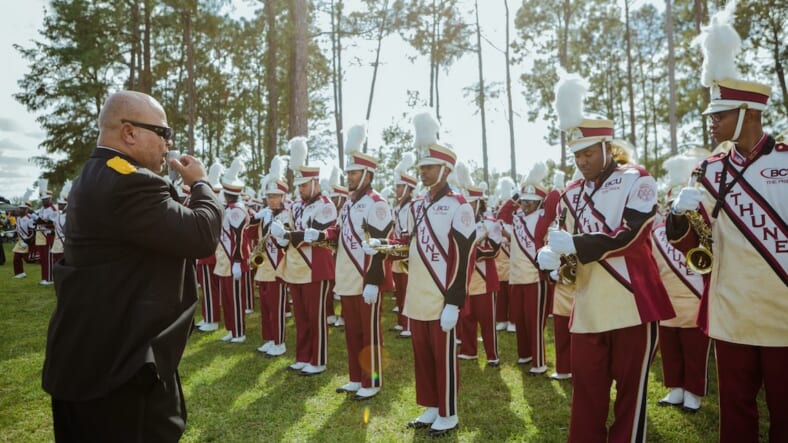 Netflix is going full-steam ahead with their mission to increase representation for Black stars and content creators and its latest line up is full of gems from some of our favorites.

Everyone from TLC to Teyana Taylor is getting in on the action and we have the rundown on  the shows and films you can’t afford to miss this month.

Once in a Lifetime Sessions with TLC

One of the most successful female groups in music history, TLC performs in concert while taking a look back at their tumultuous history. Premieres 8/1.

Billed as Drumline in real life, viewers are invited to follow the Bethune-Cookman University Marching Wildcats as they fight to keep their spots on the field, memorize routines, balance their academic careers, and maintain their social lives. Premieres 8/3.

We deal with a lot of struggles already, but Zion Clark truly doesn’t let anything get him down. Born without legs and stuck in foster care for years, teenager Zion Clark hopes to overcome his circumstances and become a competitive wrestler. Premieres 8/10.

All About the Washingtons

Black love and Black family is at an all time high in this hilarious scripted comedy about one couple’s attempts at balancing work, romance and family chaos. Starring Hip-hop icon Rev. Run stars opposite his real-life wife Justine. Premieres 8/10.

When an aspiring rapper (KYLE) goes viral for the wrong reasons, he thinks his career is sunk. But a wild party gives him one more chance to make it right. This hilarious film is a great Friday night flick to watch with friends — look out for the multiple cameos including Teyana Taylor, DMX, and more! Premieres 8/24.

When a teenage couple runs away to be together, the extraordinary gift they possess unleashes powerful forces intent on dividing them forever. Premieres 8/24.

The second volume of this knee slapping collection of 15-min short stand-up specials, features up-and-coming black comics like Janelle James and Josh Johnson. It’s a beautiful thing that these two are getting a global stage of 125 million members. Premieres 8/31.

Get a sneak peek of what’s new on Netflix this month, above.