2,500 people show up to 21 Savage’s third annual back to school drive in Atlanta 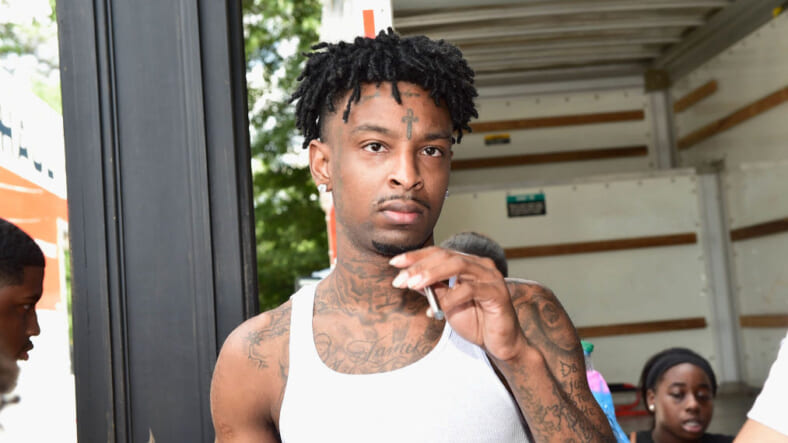 Rapper 21 Savage went back to his old neighborhood to give back to the kids for his third annual “Issa Back 2 School Drive,” the AJC reports.

On Sunday, the rap artist, born Shayaa Bin Abraham-Joseph, unloaded thousands of backpacks and school supplies to give to Atlanta kids. Not only that, but more than 2,500 students were given the option to get a free haircut, and they could take home food and new clothes, thanks to the rapper’s big heart.

“Giving back to where I grew up means a lot to me,” 21 said last month in a statement to Billboard. “These kids need it and I use to be one of those kids.”

“I might rap about a lot of stuff, but that’s just a reflection of what I’ve been through,” he told the AJC.

“In real life, everything I do, I want to bring everybody together. I want to give back to the community, help the kids, get them uniforms, books, book bags, everything they need…just do better. That’s where it starts, the kids.”

21 Savage hosted the charitable giveaway under the umbrella of his Leading By Example Foundation. Epic Records and Spotify were two of the sponsors.

Doing It for The Culture

Besides rapping, giving back just may be what 21 Savage does best.

Earlier this year, 21 Savage stepped up with a large donation to help teens learn about financial literacy.

The rap artist appeared on The Ellen DeGeneres Show in March and performed his hit “Bank Account.” While on the show, he revealed that he started the 21 Savage Bank Account Campaign to help educate kids about financial literacy.

While most of his rap songs outline a lifestyle of living lavishly, 21 Savage said he didn’t know about bank accounts growing up and wants his supporters to learn about money management early on.

“Now that I do have money in my bank account, I want to help kids with a background similar to mine to get smart about their money,” 21 Savage said.

With that in mind, 21 Savage gave 21 teens $1,000 to help each open a personal bank account. He’s also teamed up with the non-profit organization, Get Schooled. Together, they work to educate teens about money management and budgeting.

For teens who want to take on the challenge and learn how to stretch their dollars, they can get more information on the Get Schooled website.