The awards marked "a landmark moment in the entertainment industry’s effort to foster diversity," The AP wrote. 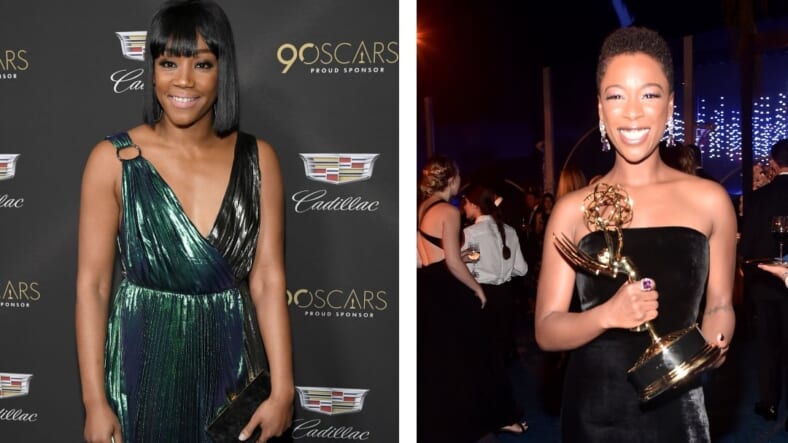 The names of Black actors were listed throughout creative arts Emmy Awards Saturday, as comedian Tiffany Haddish of Girl’s Trip and Samira Wiley of The Handmaid’s Tale, were honored for their work, according to The Associated Press.

Haddish was honored as a TV series guest actor for hosting Saturday Night Live and Wiley was recognized for guest acting honors in a drama series, The AP reported.

Other Black winners included: Katt Williams, who took home the award for guest comedy actor for Atlanta, the comedy created by Donald Glover, and Ron Cephas Jones, who plays a father reconnecting with his son, played by actor Sterling K. Brown, in This Is Us. Jones also was awarded guest acting honors in a drama series.

“Not in this incarnation,” Jones told the news outlet. “Not that the audience wasn’t ready for it. But maybe the executives, or people that have a say in the writing, probably wouldn’t have been ready for this kind of thing. But now we are. We’re moving forward and moving ahead.”

There will be more opportunities for inclusivity at the Sept. 17 ceremony.

Tracee Ellis Ross of black-ish and Issa Rae of Insecure are both up for comedy series acting honors, the AP reported. In the drama arena, Sterling K. Brown of This is Us and Jeffrey Wright of Westworld are among those up for best actor, the award Brown took home last year.

Haddish could not be at Saturday’s ceremony. Actress Tichina Arnold accepted it for her.