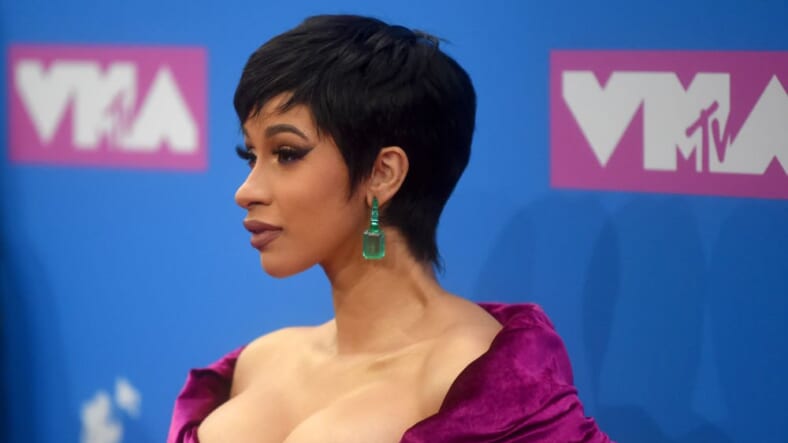 Rapper Cardi B wants her legions of fans to know that she’s absolutely not responsible for any “offensive posts” that were made on her official Facebook page.

Sunday, the rapper and new mother sent a message clarifying what’s been going on with her social media accounts.

“It’s come to my attention that there have been offensive posts made on what used to be my Facebook page,” she tweeted.

“For the past year and a half a FORMER team member has been the only one with access to my account,” she continued.

Although Cardi didn’t go into specifics, according to Billboard, a transphobic meme had been posted to her official Facebook account earlier that day. It was also reported that the meme was still up when she first sent out the tweet, but has since been deleted.

It's come to my attention that there have been offensive posts made on what used to be my Facebook page. For the past year and a half a FORMER team member has been the only one with access to the account.

This isn’t the first time that Cardi B and her crew have been called out for problematic language. Earlier this year, critics took issue with her husband, Offset’s lyric “I cannot vibe with queers” in a guest verse he contributed to YFN Lucci’s recent song “Boss Life.”

“I’m not going to let somebody call him ‘homophobic’ when I know that he’s not,” the Bronx MC explained in a periscope video after the backlash. “I’m saying this because I seen him around these … around gays, and he treats them with the same respect he treats everybody. He never acts uncomfortable and he just don’t care.”

In the same clip, Cardi B also said that at the time she “did not know that was a bad word ‘cause trans people use it,” and said she wishes people spent more time educating the misinformed on social issues rather than automatically dragging them.

“It has a different vocabulary on the dictionary,” she continued. “Now, that’s a word that you guys say that it’s a bad word for gays — I never even heard that word in the first place. Why don’t y’all educate people about it? A lot of people are not aware about what’s wrong or right in the LGBT community. Why don’t we do things to educate instead of bashing and trying to label something that they not?”

Grio fam, what do you think? Does Cardi have a point or is she guilty as charged?