The actor is prepping a new comedy series "The Cool Kids" for FOX. 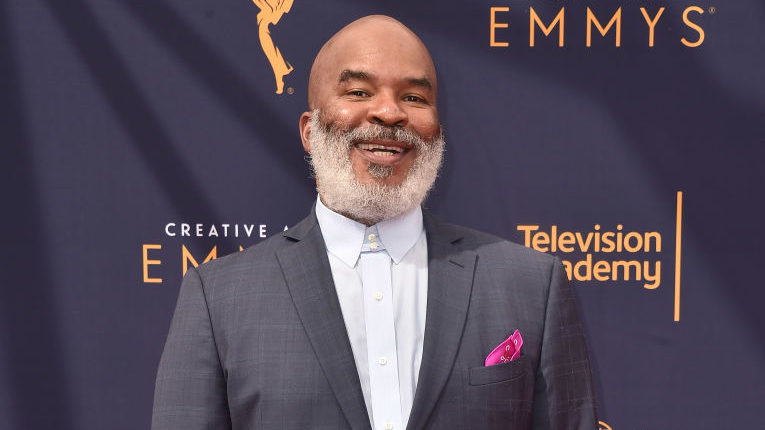 David Alan Grier is back on the big screen in the comedy/horror flick, Arizona. The quirky film that’s full of dark humor is a departure from the roles we’re used to seeing Grier play. and that’s part of the reason he was interested.

“These are the kind of movies I want to make. These crazy, dark comedies. It was really quirky and different,” he said in an exclusive interview with TheGrio.

“I have always wanted to do that. People put you in boxes. I want to get past all that. All actors, no actor I know, unless you’re gonna pay me $20 million a pop, wants to do the dame role over and over for 20 years. We all became actors to come outside of ourselves and play different kinds of roles.”

When he’s not busy making movies like Arizona and the upcoming Sprinter, he’s fielding insults from his biggest critic, 10-year-old daughter, Lulu.

“She got the last good sperm by the way. She just barely made it out,” he joked. “She hates my beard. I haven’t shaved in six months. She’s like, you look like a grandpa! She’s being very intolerant and age-ist.”

Grier, 62, is sporting a mature look these days thanks to his role in the upcoming comedy series The Cool Kids.

“It’s about the three of us who move into a senior living facility because it’s cheap. Vicki Lawrence is like the bad girl. She’s the new girl who upsets our political balance. It’s like The Breakfast Club but with old, dusty ass people. We are very petty about everything in our lives. Who took my toothpick? Why are you wearing the same color socks as me? It’s all drama.”

David Alan Grier says he picked up much of his old man attitude from his late mother.

“My mother, may she rest in peace. She called me several times saying, ‘Look, someone came into this house and took my styrofoam cups. There were four cups here when I left.”

“Oh my God. She was not kidding. She said, ‘I don’t care. I need to find out who took them so that’s what we are doing all day long.’”

The iconic funny man weighed in on the possibility of an In Living Color reboot.

“We were trying. We tried to do it in 2012 and they couldn’t get it together. Everybody was down. The thing that happened last time is they announced they were doing a reboot with a whole new cast. I thought that would be the only way to do it. Then everyone online started saying they wanted the old cast. We were like, ‘No, it’s a new generation.’ But they wanted to see us.”

Grier says that he would be game for a reboot but the clock is ticking.

“It was attempted, but I’m here man. They better come quick while I can still touch my toes.”

The actor also revealed that while some fans may think In Living Color was his biggest say day, they’re sorely mistaken.

“I was on Madison Ave and this really distinguished black man said, ‘It must be hard for you now because your show is gone.’ I just nodded, but I was thinking, ‘Are you out your damn mind? I’m finally getting paid for once! They got us real cheap but it was so much fun. I was sent to the hospital for an injury and that’s the one time I missed work. Every day was great. I have never laughed so hard in my life, off-camera,” he said.

“I went on Jenny Craig once and Tommy Davidson, Kenan, Damon Wayans…they all went to the grocery store and bought kielbasas, steaks, chicken, and put all this food into my bag. I picked my bags up after shooting and all this food fell out. It was like that every day. You could not come in with an attitude or have a bad day because we would exploit it.”

Several of the skits featured on In Living Color were pretty risqué at the time and would likely never make it on the air today.

“With “Men on Film,” we barely got away with it then. When the show was on, you could fax the network or call or write a letter. When “Men on Film” was on, there was no Twitter or social media for that immediate response so we got away with a lot,” he explained. “A lot of the gay terms that I stole from members of Dreamgirls were every underground at the time. They didn’t know what we were doing. It took a while for them to catch up to us. We were always a step ahead.”

“I’m glad we not dating because she comes with receipts. She would be like, ‘David, where were you tonight? I think you know what I know you know I know.’ I’m watching her right now and she’s like, ‘Dont look at me like you don’t what I’m talking about.’ Please sir, give up! Just stop talking.”

Arizona is in select theaters and On Demand now. The Cool Kids premieres on September 28 on FOX.