The documentary was directed by Rashida Jones 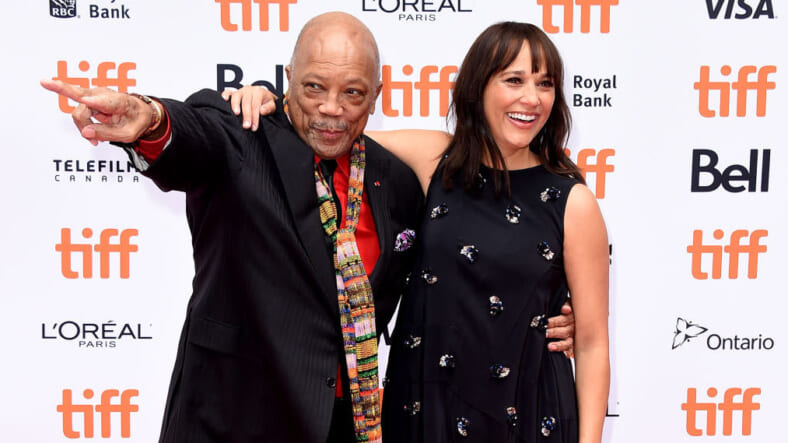 Netflix has announced plans to bring QUINCY to The Smithsonian.

Netflix is supporting this first-of-its-kind film festival, where cinema, history and culture come together to celebrate African American visual culture and film. As part of the film festival partnership, Netflix will screen their upcoming documentary QUINCY followed by a conversation with Quincy Jones.

“Netflix congratulates the Smithsonian’s National Museum of African American History and Culture on their inaugural film festival,” said Lisa Nishimura, vice president of Original Documentaries at Netflix. “We are thrilled to be partnering with the museum and to be bringing QUINCY to Washington. Through his unparalleled body of creative work, Quincy Jones has transcended racial and cultural boundaries and to have him and his story told at the museum are an honor.”

The film is directed by the subject’s own daughter, Rashida Jones and will feature never-before-seen footage from Quincy Jones’ 70-year career as a music industry icon.

The Rock & Roll Hall of Fame-inducted record and film producer who has garnered numerous Grammys and Academy Award nominations and has quite a story to tell. The film is co-dorected by award-winning screenwriter and director, Alan Hicks.

“The museum is pleased to collaborate with Netflix in order to explore important moments in the history of America through the African American lens,” said Lonnie G. Bunch III, founding director of the museum. “We are pleased this original production by Netflix is a film that honors Quincy Jones whose creativity and commitment to racial justice are an example of the best of America.”

According to the press release, the film festival will expand the understanding of African American cinema by highlighting works that explore the past, the present and the future. Netflix partnership on the film festival aids the museum’s larger mission to go beyond the building’s walls to bring the experience of the National Museum of African American History and Culture to people around the globe.

Taking place Oct. 24–27, the Smithsonian African American Film Festival will offer works by emerging and veteran filmmakers, alongside other historic and lesser-known films that explore and celebrate African American life. The four-day festival is the first of its kind and will feature a juried film competition, film screenings from the museum’s storied collection and national film premieres.