A possible suspect has been identified. 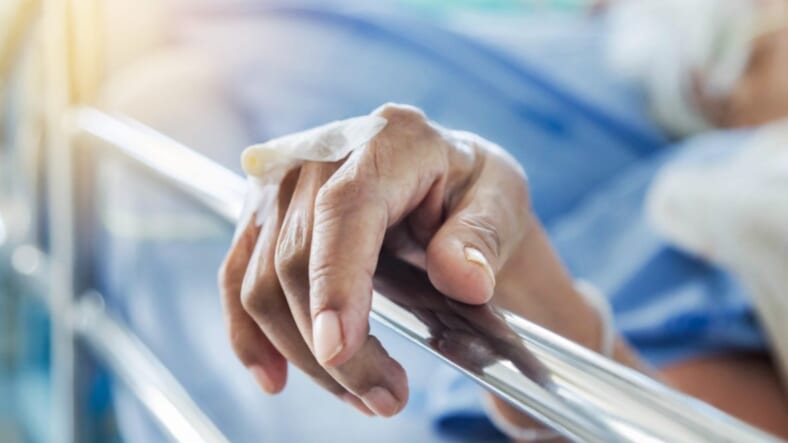 A Missouri family wants justice and filed a billion dollar lawsuit after their elderly mother inflicted with Alzheimer’s disease was allegedly raped repeatedly during her eight years at a nursing home, KMOV reports.

On Thursday, the children of 84-year-old Delores Green, made rape and sodomy claims in a $1 billion lawsuit filed against the Christian Care Home in Ferguson for its alleged abuse against the elderly patient.

The family said Green’s Alzheimer disease made her vulnerable to abuse because it caused her limbs to stiffen. They said the facility neglected their mother.

READ MORE: Drugs that look like bags of candy spooks Atlanta parents ahead of Halloween

Colette said in August, she paid her mother a visit and proceeded to bathe her. That’s when she said she found bruising around her vaginal and rectum area. She then notified the Ferguson Police Department and she said her mother’s bruising increasingly got worst.

“When I found out what happened to my mother I was shocked and I was traumatized,”Kyle Greentold the news station.

Medical officials told the family that Green had been raped repeatedly.

“Raped, sodomized. And no telling when it started or how long it’s been going on. But we know one thing, it has to stop,” attorney Willie Gary said.

The woman has since been transferred to a different nursing facility. The Green family claimed Christian Care Home failed to take notice when they informed them of their mother’s injuries.

Ferguson Assistant Police Chief Frank McCall said a possible suspect has been identified and it could be a resident of the facility. Lab tests to prove it are pending.

“Unfortunately, the system has failed and it’s not just in Miss Green’s case. The system’s failed a number of times across the country, and these are the people, the voiceless,” said Attorney Richard Banks.

READ MORE: Homeless high school football player is back on the team, gets housing and $20,000 via GoFundMe