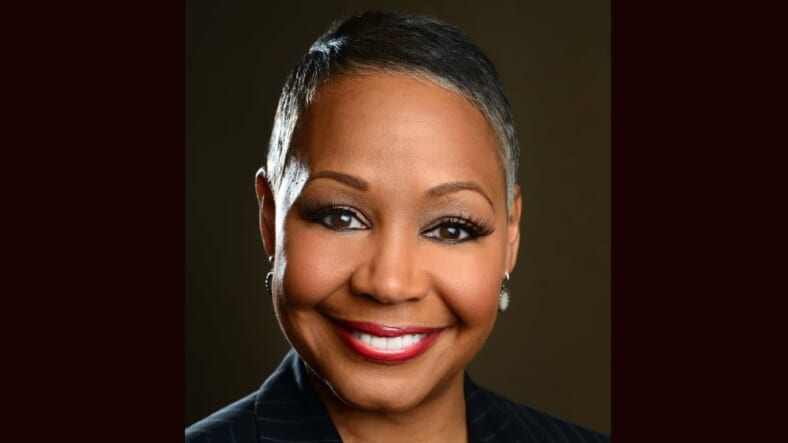 Lisa Borders has spent the last three seasons leading the WNBA but just announced on Tuesday that she is stepping down from her post to become the first president and CEO of the advocacy group Time’s Up.

The league, which is a subsidiary of the NBA, made the announcement in a tweet on Tuesday morning.

“It has been an honor and my absolute privilege leading the WNBA and being part of what it stands for,” Borders said in a joint statement with the NBA. “I want to thank [NBA Commissioner] Adam [Silver] for giving me the opportunity and support to help grow this league.

“I am most proud of the players for their amazing talents on the court and their dedication to making an impact in their communities. I look forward to continuing my support for the W in my new role with Time’s Up. I will always be the WNBA’s biggest advocate and fan.”

Just announced: WNBA President Lisa Borders is stepping down from her position to become the first-ever President and Chief Executive Officer of Time’s Up.

NBA Deputy Commissioner Mark Tatum will oversee the WNBA on an interim basis.https://t.co/XfayEm6xKZ

Time’s Up was formed in January after a series of sexual harassment allegations in the entertainment industry involving Harvey Weinstein, Kevin Spacey, Brett Ratner, Louis CK, Matt Lauer, and others. The organization advocates for safer and more equitable work environments for women in Hollywood and in other industries.

The organization is also pushing for Hollywood to reach gender pay equity. Borders had overseen the WNBA since 2016 after serving as Coca-Cola’s Vice President of Global Community Affairs.

“We are extremely grateful for Lisa’s leadership and tireless commitment to the WNBA,” Silver said. “This is a natural transition for Lisa knowing what a champion she is for issues involving women’s empowerment and social justice and fortunately for us, she leaves the league with strong tail winds propelling it forward.”

Under Borders, the WNBA inked a new jersey deal with Nike, signed an agreement with Twitter to stream games on the social media platform and helped bring women to into the NBA Live video games for the first time through a deal with EA Sports.

NBA Deputy Commissioner Mark Tatum will serve as interim WNBA president while the search for a new president begins.

Under Border’s stewardship, TIME’S UP will continue its focus on creating solutions that increase safety and equity at work for women of all kinds.