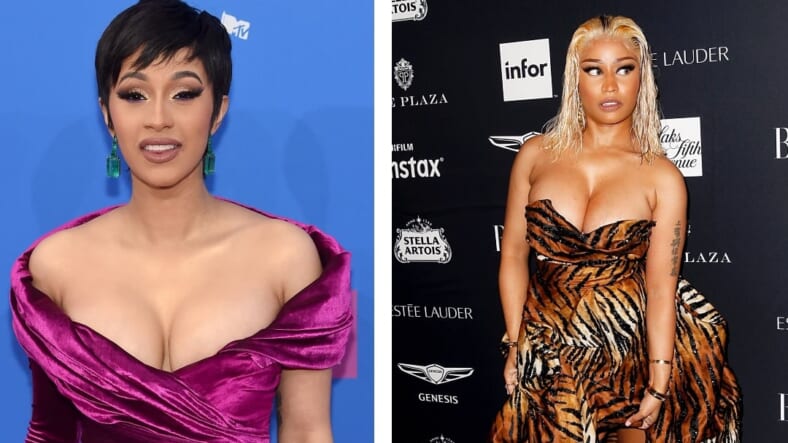 Never one to miss an opportunity to make lemonade out of lemons, Nicki Minaj is attempting to cash in on her recent NY Fashion Week “fight” with Cardi B by launching a ‘Nicki Stopped My Bag’ merch line. It’s been nearly a month since the two rappers got into a physical altercation at the Harper’s Bazaar ICONS party that left Cardi with a visible knot on her forehead.

As noted by Variety, Nicki has decided to have some fun (and line her pockets) with their ongoing feud by releasing a collection that was inspired by the “Bodak Yellow” rapper herself.

Following their fight, the former reality TV star took to Instagram to explain her reason for throwing a shoe at Minaj at the party.

“I’ve let a lot of s— slide! I let you sneak diss me, I let you lie on me, I let you attempt to stop my bags, f— the way I eat!” Cardi wrote. She then went on to explain that Minaj attacked her parenting skills, which is what ultimately made her pop off.

“Chun-Li” quickly responded on her Beats 1 show, “Queen Radio,” pretty much slamming Cardi  B for being petty.

“The only thing on your mind after you [gave birth] was to attack people and to stop their bags. … And you wanna let your publicist write something about stopping bags?” Minaj said. “Real bitches never attack a woman. You’re angry and you’re sad. This is not funny. Get this woman some f—in help. This woman’s at the highest point in her career and she’s throwing shoes?”

READ MORE: After white gunman shoots six cops, killing one, many want to know how he was taken in alive

On Thursday, Minaj shared an image of a pink backpack with the phrase “Nicki Stopped My Bag” written across it. She turned the phrase into a meme on social media to accompany her new line of backpacks, shirts, and jackets adorned with the same phrase. 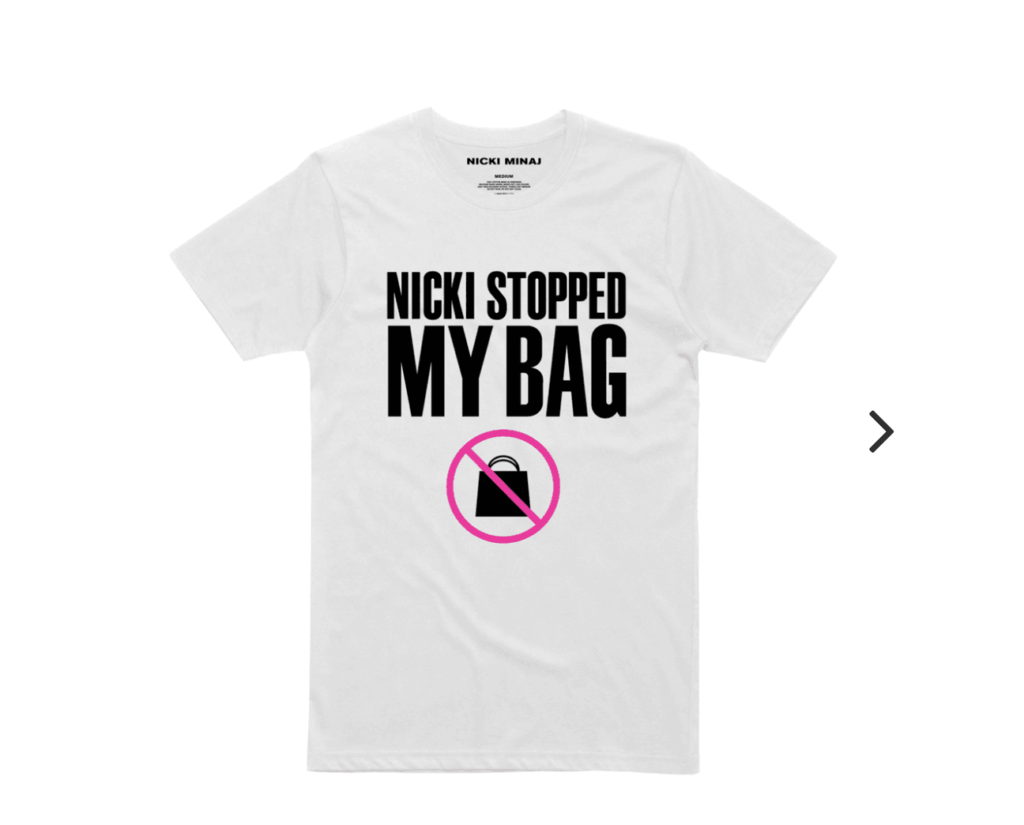 For $30, you too can say that Nicki Minaj stopped my bag.

The items are available at nickiminajqueen.com Your move, Cardi.