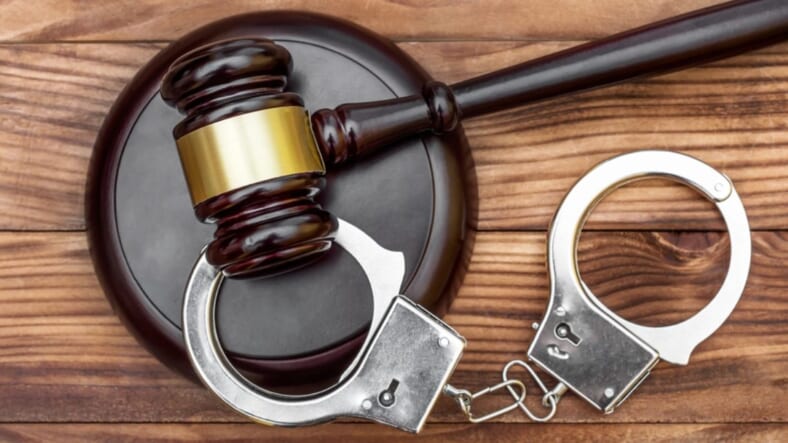 A judge in Florida has decided to throw a pair of cops in jail after they framed a Black Biscayne teen for a string of burglaries.

According to the Miami Herald, the two convicted former officers were hoping to avoid prison time by helping the feds make a case against their corrupt ex-Biscayne Park police chief. But Tuesday, U.S. District Judge K. Michael Moore wasn’t having it and sentenced Charlie Dayoub and Raul Fernandez to the maximum: one year in prison for the false arrests.

Judge Moore blasted federal prosecutors for only recommending eight months of home confinement for Dayoub and one year of probation for Fernandez. And as Dayoub and Fernandez were led by U.S. Marshals into custody, their families wept in disbelief.

“It would have been a slap on the wrist, and it would have sent entirely the wrong message — particularly to the minority community,” Moore told Assistant U.S. Attorney Harry Wallace.

“To think that they can come into court and get a slap on the wrist is insulting to the men and women in law enforcement.”

The two men had given grand jury testimony and helped federal prosecutors make a case against former Chief Raimundo Atesiano, who had a history of pressuring officers in the mostly white suburban town to pin property crimes on people of color.

“We were faced with a Hobson’s choice,” Wallace explained to the judge.

Florida judge throws cops in prison for framing black teen — after prosecutors asked for leniency: A pair of former police officers in Biscayne, Florida were sentenced to up to a year in prison this week for their role in framing a black teenager for a… https://t.co/8XlvPKQh2q pic.twitter.com/yXHXZuWiCx

But Moore accused the prosecutors of “sentencing manipulation,” and rejected Wallace’s argument. The judge pointed out that had the prosecutors gone to trial against the ex-chief and the two officers as a collective, it would have been a “slam dunk.”

Everyone in the courtroom, particularly the defendants, were shocked because up until the the sentencing, the expectation had been that they would not serve a single day in jail for their part in the systemic racial profiling that took place in their department.

“Mr. Fernandez was haunted by what was happening within the Biscayne Park Police Department,” Fernandez’s defense attorney, David Sobel, wrote in a court motion seeking his client be given a probationary sentence. “Atesiano was so focused on having a 100% clearance rate that he was enlisting his officers to make ‘bad’ arrests and to harass people of color who were seen anywhere within the city.”

“Mr. Fernandez detailed to the FBI and United States Attorney’s Office … how Atesiano, via his underlings, would use a specific code meant to alert officers that a person of color was seen in the city and that they needed to be stopped and confronted,” the defense attorney wrote. “Atesiano would call the train tracks that border the city the ‘badlands’ and was notorious in saying ‘stop them (meaning people of color) at the badlands.’ ”

Dayoub said in a court filing that he made a “poor decision” to follow Atesiano’s direction but also admitted “he has nobody to blame but himself.”

“The chief of police was a person who he looked up to for guidance as a senior officer; however in this instance, respect for the law should have come well before any notion of obedience to authority,” Dayoub’s defense attorney, Ana Davide, wrote in the filing.

READ MORE: READ MORE: Black women are galvanizing the vote in the booth and on the ballot in the midterm elections