Odell Beckham Jr. confesses why he cramps up so much: He doesn’t like water. OK… 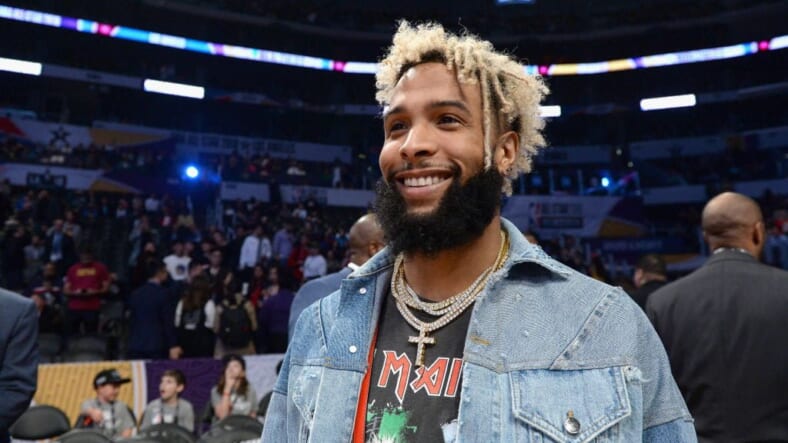 We now know why flashy football star Odell Beckham Jr. frequently gets cramps during games and why he sometimes walks funny on (or going off) the field: He doesn’t like drinking water.

The highlight-making New York Giants wide receiver told surprised reporters Friday that the fluid to keep him (and the rest of us) hydrated makes his stomach feel “slushy” and that he occasionally takes an IV to avoid dehydration — and drinking water.

“I’ve always cramped,” he said. “I really don’t like water. I’m trying, [but] I really just don’t like it. You get that stomach feeling, like it’s all slushy. I’m trying to stay hydrated but sometimes I got to get an IV; it’s necessary. You’re cramping in both calves; it’s hard to run and make cuts. If you’re cramping and dehydrated, you’re susceptible to something else, so I try to stay on top of it the best that I can.”

Beckham, who recently signed a five-year $95 million deal, made headlines (and fans mad) again when he suddenly left the field before halftime while the Giants were being pummelled by the defending Super Bowl champion Philadelphia Eagles on Oct. 11. His excuse? Yep, he got cramps and needed an IV to keep playing. The Giants still lost 34-13 as the team is a disappointing 1-5 this season.

His head coach Pat Shurmur, said Friday that Beckham’s dislike for water is “news to me.” Shurmur was aware that Beckham left the field early during the Giants’ game against the New Orleans Saints two weeks prior, added, “Some guys’ bodies dehydrate quicker than others. We just have to keep looking for ways to make sure he stays hydrated.”

Hmm, maybe there is a way to keep Beckham replenished with H2O. While seemingly avoiding reporters’ questions about his teammate quarterback Eli Manning and Giants owner John Mara’s recent critical comments about him, Beckham (gasp!) took a swig of water!

Guess we’ll have to wait and see if OBJ cramps up again when the G-Men play the Atlanta Falcons on Monday Night Football.

Odell Beckham is asked what he thought of John Mara’s comments about him and if he still believes in Eli Manning.

His answers, what’s said and not said, are interesting. Watch and interpret for yourself: pic.twitter.com/aDgx5YWF4k